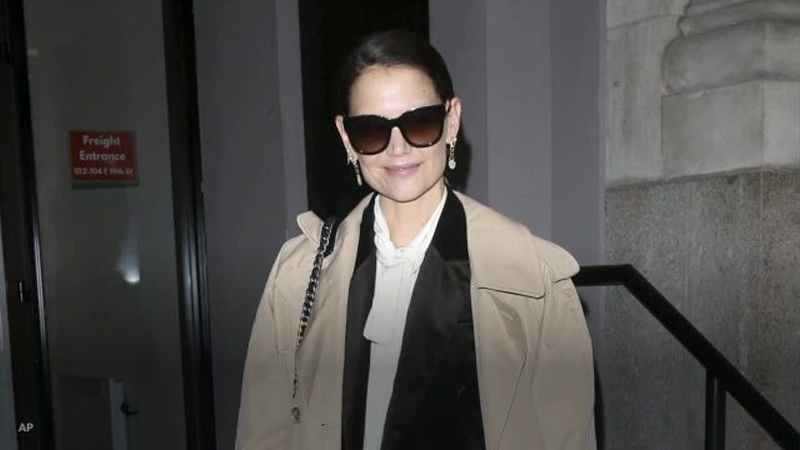 Katie Holmes may have found love during quarantine. After first being photographed out with NYC restaurateur Emilio Vitolo last week, the pair got very cozy during another dinner date on Sunday. In photos obtained by Daily Mail, Holmes, 41, sat on Vitolo’s lap and they openly kissed outside Peasant Restaurant in Manhattan. They had their arms around each other, clearly enjoying their company.

The openness is a contrast from Holmes’s last romance with Jamie Foxx. They were together on and off for six years, keeping things super-stealth for most of their time together before parting ways in May 2019.

Holmes and Vitolo, 33, were first seen on a dinner date at another restaurant in NYC, Antique Garage, early last week. First described as Holmes’s “mystery man,” he was soon identified. Vitolo works at his family’s Manhattan restaurant, Emilio’s Ballato, which his father, Emilio Vitolo Sr., purchased in the early ‘90s.

Vitolo — dubbe an “Italian stallion” in a magazine spread — also has acting experience, appearing in Royal Pains and Inside Amy Schumer.

It’s unclear exactly how long Holmes — who was famously married to Tom Cruise (from 2006–2012) and now raises their 14-year-old daughter Suri solo — and Vitolo have been a thing. He did comment on one of her Instagram photos in July.