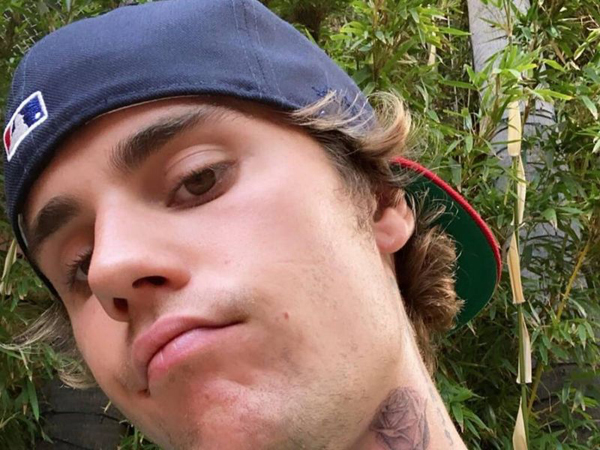 Justin Bieber has debuted the latest addition to his ever-growing tattoo collection.

The 26-year-old singer shared the design, a long-stemmed rose, which has been inked on his neck by celebrity tattoo artist Dr. Woo, in a series of posts on Instagram and Instagram Stories.

“@_dr_woo_ thank you for the (rose emoji),” Bieber wrote alongside a photo of the fresh ink, which now takes his collection to 60.

The rose is on the opposite side of his neck to his ‘Forever’ tattoo, which he got in December in honour of his wife Hailey Bieber, as the 23-year-old model has a similar design; the word ‘lover’ written in cursive script; on her neck.

Bieber also shared a video of him getting the ink, captioning the short clip: “WHATS HAPPENING TO ME.”

The Sorry hitmaker is undergoing a style transformation at the moment, as he also unveiled a new hairstyle in Drake’s Popstar music video.

In the short film, the popstar lip-syncs the lyrics to the rapper’s latest track, while dancing around a mansion and rocking curly bangs, while the rest of his style bowl cut has a subtle wave. The hairstylist responsible for the Canadian singer&#x2019;s new look is Britt Sully, and she shared a snap of Bieber’s wavy locks on Instagram, prompting his fans to go wild in the comments. “Hello 90s heartthrob popstar hairrrr, I’ve missed you,” on wrote, while another added: “ARE YOU KIDDING?!!!” alongside several fire emojis.