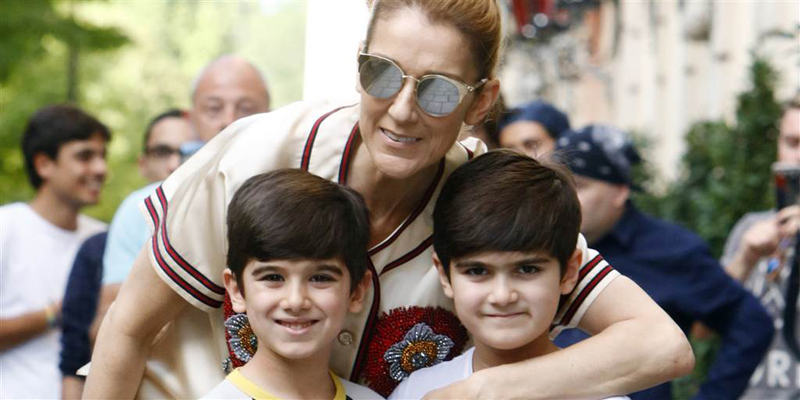 To celebrate Nelson and Eddy, her nine-year-old twin sons, on their birthday, the 51-year-old singer shared a rare photo. In one of the portraits, the twins are smiling at the camera, while in the a second snap, they’re making silly faces.

“Double the laughter and double the love. Happy 9th Birthday, Nelson and Eddy! I’m so very proud of my boys. I love you! —Mom xx…,” she captioned the photo.

Dion has three children: Nelson, Eddy, and her oldest son, René-Charles, 18, all with her late husband René Angélil, who died of cancer in 2016. In 2017—more than a year after Angélil passed away—Dion revealed in an interview with The Sun that she has leaned on her twins for support.

“I organize myself to not feel lonely. So I got myself a huge, huge, huge bed and I sleep with my twins,” she said. “They are comforting me a lot. I need them…I need them close. When it’s time for them to say they want their room, their room’s ready.”

Despite losing her husband, children’s father, and manager, Dion revealed that the family keeps his memory very much alive.

“We kiss him every night. We have a little ritual where we say goodnight to him with a little picture,” she said. “Then the kids talk to him. And they write words, put them, in balloons and we send the balloons to the sky.”

In May 2019, Dion told Elle that aside from being the best mom she can be, she’s now also focusing on living live to the fullest.

“I am discovering myself more and more. I am a woman assuming her own destiny, full of energy and in love with life. It’s never too late to start,” she said. “At 51, I have the sense that I am at my pinnacle!”