Asian shares mostly higher as US set to reopen from holiday 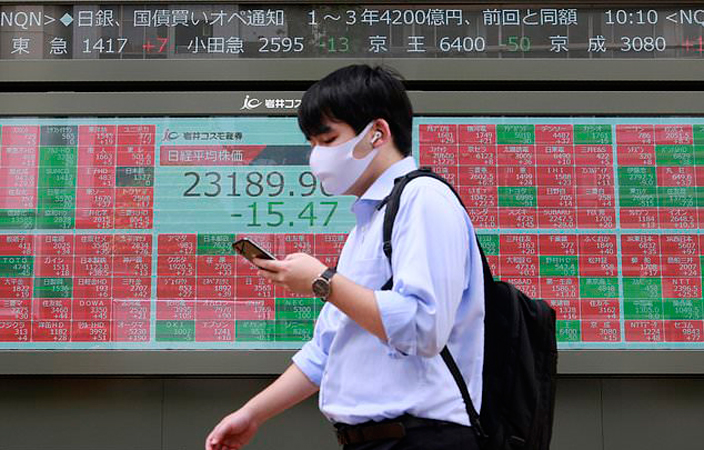 Asian shares were mostly higher Tuesday, after European stocks rallied and US markets were closed for the Labor Day national holiday.

Investors are focusing on uncertainties over the coronavirus pandemic and hopes for a vaccine. Attention is now on how Wall Street might pick up after the holiday break, given the decline that came last week after months of surging prices.

“Traders and investors alike may slowly but surely come around to the idea that last week´s market rout was tech sector-specific, rather than any real change in underlying sentiment,” said Stephen Innes, chief global markets strategist at AxiCorp.

“There was nothing `fundamental´ behind last week´s equity sell-off, but it will most certainly take a while to clear all the option-market after-shocks,” he said.

Wall Street´s slide on Friday followed a Labor Department report that showed US hiring slowed to 1.4 million last month. That was the fewest jobs added since the economy started bouncing back from the initial shock of the pandemic. The United States has recovered about half the 22 million jobs lost during the crisis.

In Europe, another round of Brexit trade talks is scheduled in London for later in the day. On Monday, the European Union warned the British government that any attempt to renege on commitments made ahead of its departure from the bloc earlier this year could put at risk the hard-won peace in Northern Ireland. Britain left the bloc on Jan. 31, but the two sides are in a transition period that ends at the end of this year and are negotiating their future trade ties.

Riki Ogawa at the Asia & Oceania Treasury Department at Mizuho Bank in Singapore warned that plenty of other uncertainties remained, such as President Donald Trump’s comments about “decoupling” the US economy from China, as the presidential campaign heats up.

The Asian region depends heavily on a healthy Chinese economy, and trade with the US, as well as with China.

“We appear to be short on clarity,” said Ogawa.

Benchmark US crude fell 64 cents to $39.13 a barrel in electronic trading on the New York Mercantile Exchange. Brent crude, the international standard, added 6 cents to $42.07 per barrel.