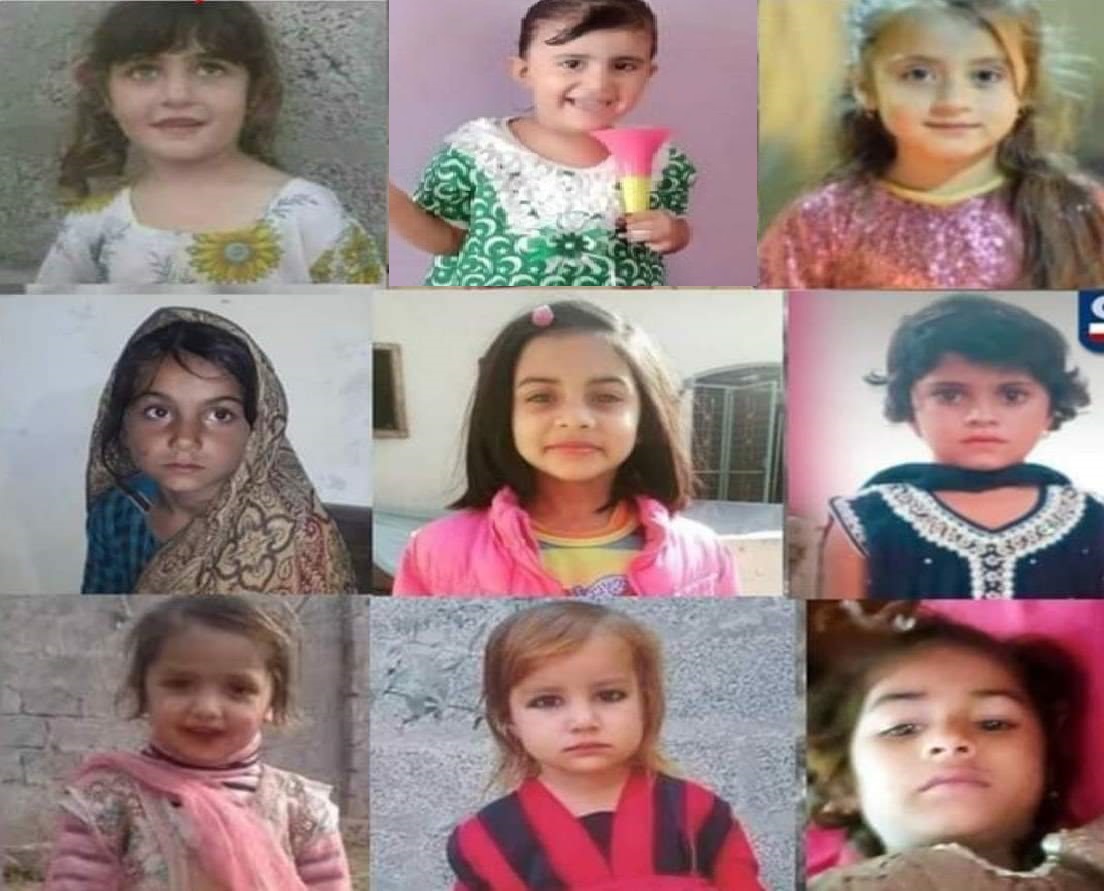 KARACHI: Another teenage girl raped, her body was found burnt in garbage; raped before being burnt to death.

A 5-year-old girl Marwa’s disappearance case had been registered in PIB Colony Police station on the complaint of the girl’s father Omar Sadiq as she was missing for two days.

SHO PIB Colony said that teenage victim had been kidnapped and raped before being murdered and torched. Officer confirmed that the girl’s body was found in piles of garbage on an empty plot of land in the Old Sabzi Mandi where she was reported missing 2 days prior.

The girl’s father Omar Sadiq said that the girl had gone out of the house on Friday morning to fetch something and had gone missing.

A man whose house is in front of the girl’s house has also been arrested from the place where the girl’s body was found.

Residents of the area said that the body was found in a garbage dump in a large vacant plot in the area. The condition of the girl’s body was very bad.

Jinnah hospital’s Director Seemi Jamali confirmed that the minor girl was raped, and received a blunt force trauma to the head; before being thrown in the garbage.

Pakistan People’s Party (PPP) Chairman Bilawal Bhutto Zardari said that the minor girl’s rape and murder was an inhumane act and directed the police to bring the culprit to justice.

“The matter should be investigated on an urgent basis,” he added. “The government of Sindh should do everything possible to help the affected family.”

On other hand in the Sindh Assembly regarding the brutality inflicted on an innocent 5-year-old Marwa, Pakistan Tehreek e Insaf lawmaker Jamal Uddin Siddiqui tabled an adjournment motion to call on lawmakers to debate the matter.

Although in March 2020, Pakistan’s first national child abuse law had been passed with a penalty of life imprisonment for child abuse. Despite passing law the teenage rape cases could not be controlled.

According to a United Nations report, 15 million girls between the ages of 15 and 19 are raped worldwide. More than one million children in Asia are sexually harassed or targeted.

Nearly 10 cases of child abuse a day are reported in Pakistan, according to Sahil, an organization that works on child protection, with girls disproportionately affected.

Akram Khaskheli, the HWA president, said that most cases of child sexual abuse (CSA) were not reported in the media because of social stigma. It was also specified that in terms of torture and abuse adding that during ten years, 96 children were tortured and raped, and 44 of them were murdered. Around 79% of the cases were reported from Punjab, 14% from Sindh, 6% from Islamabad and 1% from KPK.

Nazia Ali, a columnist and social activist wrote on social media that I could not sleep whole night. “There should be virtual court system where judges take decision on cases appearing on social media after expert analysis adding that when killer of these angels hang in front of everyone, no will think and try to do the same”.

All leading political leaders call it an inhumane act and asked the police to bring the culprit to justice.