Teachers’ Day 2020 — these Bollywood movies bring back nostalgia and how! 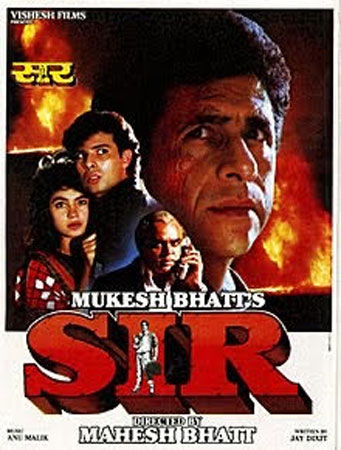 On September 5 every year, we remember the teachers or mentors or Gurus, who helped us in shaping our personalities over a period of time.

Teachers’ Day is celebrated to pay reverence to the mentor who became the guiding light for you and pushed you to achieve the impossible.

On Teachers’ Day, we list out a few Bollywood films you can’t afford to miss as it brings back the nostalgia. Check out what our B-Town has delivered so far in depicting the student-teacher bond on-stage:

‘SIR’ – This 1993 film is perhaps one of the best one made on student-teacher relationship. Directed by Mahesh Bhatt, it starred Naseeruddin Shah, Pooja Bhatt, Atul Agnihotri and Paresh Rawal in pivotal roles. The film is still revered for its impeccable music and super acting performances.

‘BLACK’ – This Sanjay Leela Bhansali directorial venture was loved by the viewers for its brilliant performances by megastar Amitabh Bachchan and Rani Mukerji. The film was based on the life of a blind and deaf girl. It depicted how her relationship grows with her teacher who himself later develops Alzheimer’s disease.

‘TAARE ZAMEEN PAR’ – Mr perfectionist Aamir Khan in the role of a teacher will be surely remembered by all. The film addressed the problem of dyslexia and how a child who suffers form it is challenged at every point in life. Aamir plays the art teacher who is the first one to detect that the child is dyslexic and helps him to overcome his disability.

‘CHAK DE! INDIA’ – Shah Rukh Khan outdid himself by playing the women’s team hockey coach in ‘Chak De! India’. The superstar displayed a completely different aspect of his acting prowess on-screen. It was a delight to watch SRK play the hard task master to trains the women’s team in winning the match for their country. What a coach you played Shah Rukh. This is considered to be one of his best performances on the reel.

‘MOHABBATEIN’ – Although it is majorly remembered for its love stories, it was megastar Amitabh Bachchan’s character of Narayan Shankar, who is the head of the Gurukul is unforgettable. His tough looks and strict attitude with pupils received a major blow when Shah Rukh Khan enters the Gurukul as a cool teacher. Their relationship grows and how!