Kangana to be quarantined on return to Mumbai 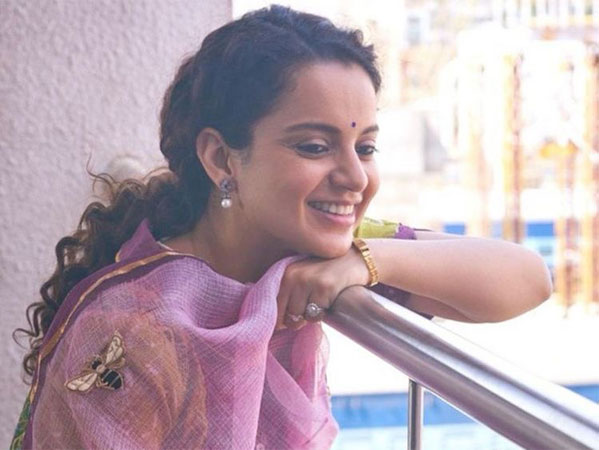 The Brihanmumbai Municipal Corporation officials on Monday announced that actress Kangana Ranaut would be home quarantined for a week upon her return to the city.

The statement from BMC on putting the actress into home-quarantine comes barely hours after Kangana claimed on Twitter that her Mumbai office had been raided by the BMC sleuths.

Taking to Twitter, Ranaut said BMC officials visited her ‘Manikarnika’ office in Mumbai and may demolish the property on Tuesday. Stating that she has done nothing illegal on her property, she said BMC should show the illegal construction with a notice.

Ranaut has been locked in a bitter war of words with Shiv Sena leader Sanjay Raut ever since she stated that she doesn’t trust the Mumbai Police after the death of actor Sushant Singh Rajput. Her remark was strongly contested by Raut who said it was ‘an insult to the Mumbai Police’ and asked her not to come to Mumbai.

Taking to Twitter, Ranaut said BMC officials visited her ‘Manikarnika’ office in Mumbai and may demolish the property on Tuesday

Hitting back at Raut, Ranaut tweeted, “Why is Mumbai feeling like Pakistan-occupied-Kashmir?” Her tweet evoked strong reaction from leaders of the Shiv Sena and ruling Maha Vikas Aghadi (MVA) government. Shiv Sena MLA Pratap Sarnaik reminded the actress she owes her success to Mumbai.

The ‘Queen’ star, who is in Shimla since last few months, announced that she is coming back to Mumbai on September 9.

Maharashtra CM Uddhav Thackeray took an apparent jibe at Ranaut saying ‘some people don’t have gratitude for the city where they earn their livelihood’. Speaking in the legislative assembly on the condolence motion, Thackeray, without taking any names, said, “Some people have gratitude towards the city where they live and earn their livelihood, but some don’t.”