Jane Fonda speaks out on protesting, plastic surgery and being ‘stronger’ 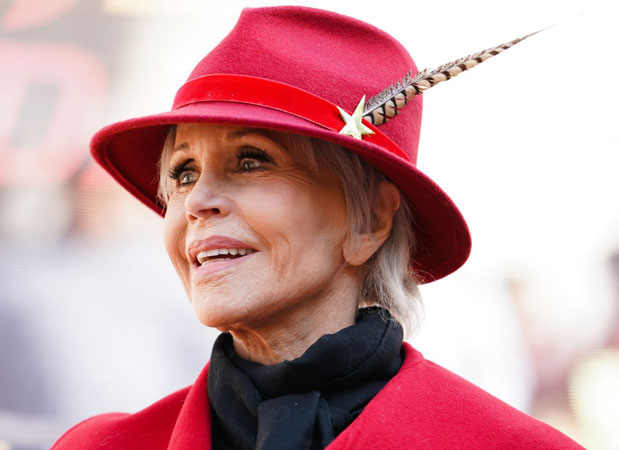 Jane Fonda has packed a whole lot of living into 82 years. The Oscar winner and activist spoke candidly about her tumultuous life in a new interview with the Guardian, revealing that after three divorces, she now sees herself as being tougher than the powerful men she married — as well as her famous dad, actor Henry Fonda. “Oh yeah, whenever I’ve been with men who are not strong I’ve had a really hard time,” said Fonda. “I’m now five years older than my dad was when he died and I’ve realized that I am, in fact, stronger than he was. I’m stronger than all the men that I’ve been married to.”

Growing up, father Henry Fonda proved to be an overwhelming presence. It was his intense nature, she says, that catapulted Fonda into an obsession with pleasing the men around her. While she married three times (director Roger Vadim in 1965, activist Tom Hayden in 1974, and media mogul Ted Turner, whom she recently compared to President Trump, in 1991) Fonda ultimately ended up in relationships that mirrored the one she had with her own domineering father.

“I always wanted to date someone who was the opposite of my father,” Fonda told the newspaper. “I didn’t realize that, in the ways that really mattered, I picked men who were just like him because they all had a hard time with intimacy.”

Her father’s fixation on female perfection influenced Fonda greatly. She’s been open about her multi-decade struggle with bulimia, which she finally kicked in her 40s. And these days, she’s candid about having undergone procedures like facelifts and breast augmentations.

“Oh yeah, plastic surgery, that’s interesting. Well, no matter what I do, I’m stuck with this [idea]: if you don’t look right, you’re not going to be loved. So I always wanted to try to look right. I think when you’re poor you cut yourself, and when you’re rich you have plastic surgery,” she said. But when it comes to pleasing a man these days, Fonda says she’s all set with dating. “[That part of my life] is gone. I can tell. It’s just over — I’ve closed up shop. I’m extremely happy on my own,” she said. At 82 years old, Fonda is still making headlines — and waves — for her extensive activism. Her climate change protest campaign, known as Fire Drill Friday, has landed her in handcuffs several times in recent years. She details her experiences in her new book, What Can I Do? The Truth About Climate Change And How To Fix It, a how-to guide and memoir. While she’s always been known for her activism, it was just last year that she was spurred to stand up and do something regarding climate change, an action Fonda says she took “for her own sanity.”