* Three more lose lives due to virus across country
* No coronavirus patient on ventilator in AJK, GB and Balochistan 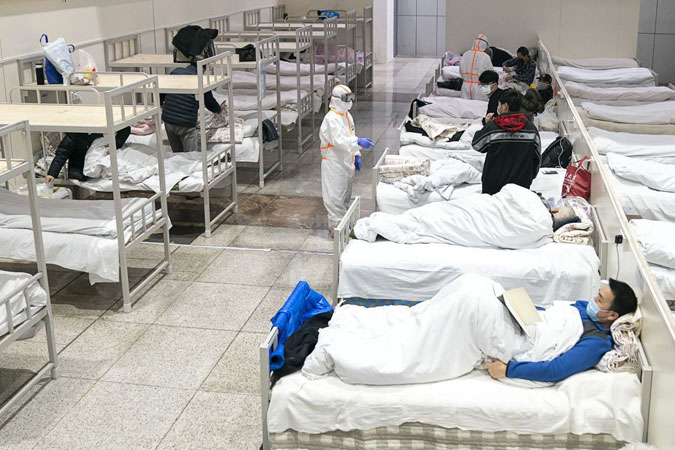 The total active COVID-19 cases in Pakistan on Monday were recorded 6,542 as 394 more people tested positive for the deadly virus during the last 24 hours.

Three corona patients, who were under treatment in hospitals, died on Sunday, according to the latest update issued by the National command and Operation Centre (NCOC).

No Covid-affected person was on ventilator in Azad Jammu and Kashmir (AJK), Gilgit Baltistan (GB) and Balochistan, while 87 ventilators elsewhere in Pakistan, out of 1920 allocated for COVID-19 patients, were occupied.

Some 20,980 tests were conducted across the country on Sunday, including 8,999 in Sindh, 6,378 in Punjab, 2,560 in Khyber Pakhtunkhwa (KP), 2,274 in Islamabad Capital Territory (ICT), 271 in Balochistan, 209 in Gilgit Baltistan (GB), and 289 in Azad Jammu and Kashmir (AJK). Around 286,016 people have recovered from the disease so far across Pakistan making it a significant count with over 90 percent recovery ratio of the affected patients.

A total of 2,778,689 corona tests have been conducted so far, while 735 hospitals are equipped with COVID facilities. Some 1,050 corona patients were admitted in hospitals across the country.

Sindh Chief Minister Syed Murad Ali Shah on Monday said that 13 new coronavirus cases and two associated deaths were reported in the last 24 hours in Sindh, increasing the total number of deaths in the province to 2425, a private TV channel reported.

CM Murad, in a daily statement on coronavirus situation, said that 9,384 tests were conducted in Sindh in the past 24 hours and 13 found to be positive.

The tally of infections in the province has soared to 130,807, the chief minister added.

Murad Ali Shah said that overall 10,55,50 samples have been tested and 130,807 found to be positive. Moreover, 55 more patients recuperated from the disease in the province during past 24 hours, he added.

He said overall 126,268 Covid-19 patients have recovered across the province thus far while 2,114 are under treatment and 140 have been in precarious condition, while 15 have been put on a ventilator.

The country reported 394 new coronavirus cases in the last 24 hours, bringing the total number of cases to 298,903.

As per the latest statistics released by the National Command and Operation Centre (NCOC), three patients lost their lives to the deadly virus in the last 24 hours. The number of total fatalities has reached to 6,542.

As many as 286,016 patients have recovered from the coronavirus in the country with active cases going down to 6,542. 20,980 samples were tested over the past 24 hours, out of which 394 turned out to be positive.

Punjab reported 60 new Covid-19 cases, according to the government’s coronavirus database, taking the provincial tally to 97,226. It has reported no additional fatalities from the virus. The provincial death toll stands at 2,210. More than 93,000 people have recovered from the virus in Punjab so far.

Islamabad, Gilgit Baltistan and Azad Jammu and Kashmir have collectively reported 44 new coronavirus cases while the capital has also confirmed one more death from the virus. The breakdown is as follows: Islamabad: 16 cases, 1 death, GB: 29 cases, AJK: 4 cases.