Pakistan seeking relief from $5.8B fine over mining lease 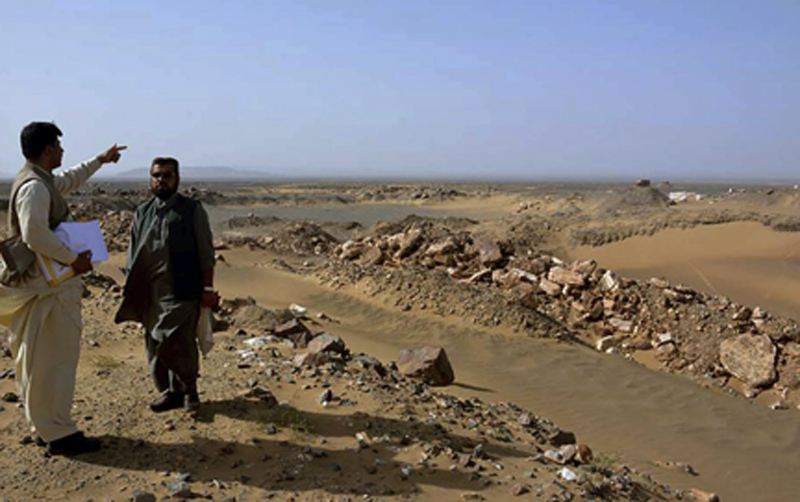 Pakistan is seeking the reversal of a $5.8 billion penalty imposed by an international tribunal for denying a mining lease to an Australian company, saying that paying the fine would hinder its handling of the coronavirus pandemic.

The Reko Diq district in Balochistan province is famed for its mineral wealth, including gold and copper. Prime Minister Imran Khan’s government considers it a strategic national asset, though instead of yielding a bonanza the Reko Diq mining project may cost the country dearly. The World Bank’s International Center for Settlement of Investment Disputes is considering Pakistan’s appeal against enforcing the penalty over its cancellation of the Reko Diq mining lease for Tethyan Copper Corp, a 50-50 joint venture of Barrick Gold Corp. of Australia and Antofagasto PLC of Chile. In the meantime, the Balochistan government has set up its own company to develop the mine: As prices for commodities surge, with gold recently at more than $2,000 an ounce, turning fiasco to fortune is all the more appealing.

Pakistan and Tethyan both have signaled a willingness to discuss alternative solutions, such as a settlement, but the status of any talks on a deal is unclear. Officials on the Pakistan side said they have not been in direct contact and no specific settlement has been proposed. “Despite the initiation of arbitral proceedings in order to protect its rights, TCC remains hopeful of an opportunity to reach a negotiated resolution to the case,” says a statement on the company’s website issued after the 2019 arbitration ruling. Asked recently, Tethyan officials said there were no updates.

An official in Pakistan’s attorney general’s office said an out of court settlement with Tethyan Copper Corp , or TCC, was possible pending a final decision on the award, which might not come until next year. The Reko Diq case is testing Khan’s ability to use back channel diplomacy to settle disputes and keep alive efforts to lure more foreign investors. According to details available on Tethyan’s website, the Reko Diq Mining Project was to build and operate a world class copper-gold open-pit mine at a cost of about $3.3 billion. The project could be “a beacon for further investment into exploration and mining sectors in Baluchistan and Pakistan in general,” the company said.

Tethyan says its 1998 agreement with the local Baluchistan government entitled it to the mining lease, subject only to “routine” government requirements.

After an extensive and detailed feasibility study, the company’s local subsidiary submitted a mining lease application in 2011. The project stalled in November 2011 when the Baluchistan provincial government rejected the application. Pakistani officials in both Islamabad, the capital, and Baluchistan say the mining lease was terminated by the Baluchistan government because it was secured in a non-transparent manner and granted too many concessions to the company, violating government rules and regulations and ignoring national interests. By then, Tethyan had invested $220 million in Reko Diq. The Australian mining company sought help from the World Bank arbitration tribunal in 2012, and it ruled against Pakistan in 2017, rejecting an earlier decision against Tethyan by the Pakistan Supreme Court.

The miner originally sought $8.5 billion. The tribunal opted to use a formula for calculating damages for the cancelled lease based on the assumed profits Tethyan might have earned from the mine over 56 years, said an official at the Justice Ministry who spoke on condition he not be named because he was not authorized to speak to media about the case.

The resulting fine, of nearly $6 billion including the damages award and interest, is equal to about 2% of Pakistan’s GDP and is on a par with a recently agreed upon bailout package for Pakistan from the International Monetary Fund.

Economist Jeffrey Sachs described it as a “mugging” of Pakistan. Other experts also have questioned the reasoning behind huge award, which is more than double the size of the largest similar arbitration award, in the case between Dow Chemical and Kuwait Petrochemical Corp.

Documents explaining the award suggest one intention was to penalize Pakistan for having violated its investment treaty with Australia.

Regardless, paying compensation equivalent to 40% of the country’s foreign exchange reserves would be a challenge as the impoverished Islamic nation struggles to revive its economy. The pandemic has infected nearly 300,000 of Pakistan’s 212 million people and killed more than 6,300, while the economy contracted for the first time in decades in the fiscal year that ended in June.

Reko Diq’s proximity to the Saindak copper mine operated by Minmetals Corp. of China has raised speculation that Pakistan might tap help from Beijing in resolving the problem if its latest effort to get the award revoked fails.

Balochistan’s Gwardar port is an anchor in the China-Pakistan Economic Corridor, part of Beijing’s vast Belt and Road infrastructure initiative.

Minmetals’ chairman, Guo Wenqing, met with Khan, the prime minister, in Beijing last year. But both Pakistani officials involved in the Reko Diq project and Minmentals said there is no discussion of a bailout by China.