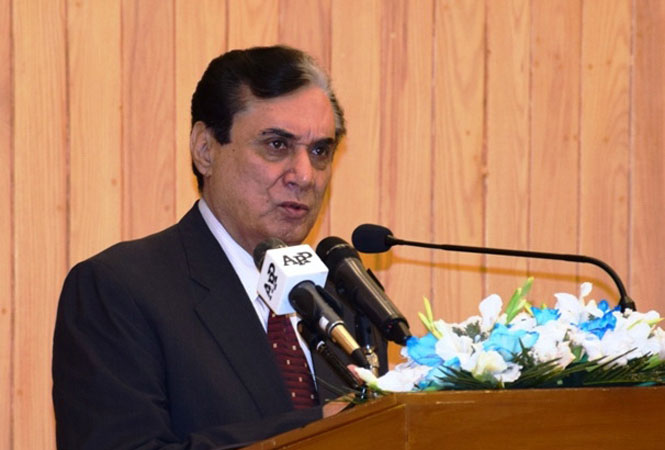 Chairman National Accountability Bureau (NAB) Javed Iqbal on Monday said that bureau is prioritizing the training of its investigation officers on modern lines as human capabilities are imperative for getting productive results.

In a statement, chairman said NAB attaches great importance to its Human Resource Management. A comprehensive yearly Training Plan for 2020 was approved in order to enhance capacity building of NAB officers/officials and to ensure successful implementation of the Training Plan. Training Cells were created at all Regional levels as primarily responsible to liaise and carry out the planned activities in their respective Regional Bureaus in coordination with T&R Division, NAB Headquarters. Accordingly, a Training of Trainers (ToT) program was organized by the T&R Division NAB at NAB Headquarters.

Javed Iqbal said that NAB during the tenure of present management has recovered Rs. 363 billion of ill-gotten money directly and indirectly from corrupt elements and all were deposited in the national exchequer which is a remarkable achievement of NAB.

The figures of complaints, inquiries and investigations have increased as compared to the same period of 2019 to 2020.

The comparative figures of previous two years are indicative of the hard work being put in by all ranks of NAB officers/officials in an atmosphere of renewed energy and dynamism, where fight against corruption is being taken as a national duty.

Increase in the number of complaints also reflects enhanced public trust in the NAB.

He said that NAB is one of the investigation agencies, who has been prescribed for

efficient, effective and expeditious disposal of all cases including white collar crime cases a maximum limit of 10 months- from complaint verification-to- inquiry-to-investigation and finally to a reference in the Accountability Court. NAB has also introduced a new System of Combine Investigation Team (CIT) in order to benefit from the experience and collective wisdom of senior supervisory officers, a system of CIT consisting of Director, Additional Director, Investigation Officer and a Senior Legal Counsel has been put in place.

This will not only lend quality to the work but also ensure that no single individual can influence the proceedings. The results of CIT are very encouraging.

The Chairman NAB said that Transparency International Pakistan, World Economic Forum, PLIDAT and Mishal Pakistan have appreciated NAB’s efforts in order to aware people about the ill effects of corruption and to nab corrupt elements.

Gillani and Gallop Survey have indicated that 59 percent people have shown confidence upon NAB.

The Forensic Science LAB has the capacity to conduct analysis in the fields of Digital Forensics, Questioned Documents; Fingerprints analysis so that investigation officers and prosecutors may utilize Forensic LAB facilities in order to investigate cases within stipulated time period as per law.