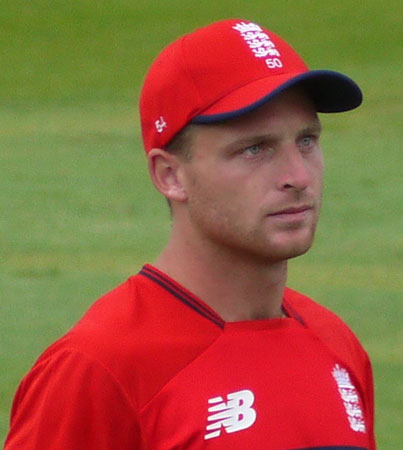 LONDON: Jos Buttler will miss England’s final T20I of the summer for family reasons. Buttler, who hit a match-winning 77 not out in the second game of England’s series against Australia on Sunday, left the biosecure bubble at the Ageas Bowl following the game. Subject to Covid-19 testing, Buttler will be return to the England camp when they move up to Manchester, and will be available for the first ODI against Australia on Friday. Buttler’s absence may mean an opportunity at the top of the order for Tom Banton, who has been used in an unfamiliar No. 4 role so far in the series and has made 10 runs in two innings. There are also concerns over the availability of Eoin Morgan, who hurt the ring finger on his right hand in the field in Sunday’s win. Morgan went off with his finger ––- the same one he had fractured playing for Middlesex in 2018 — pointing the wrong way, but returned to the field with it strapped up at the end of the over and was fit to bat.