Thousand Protests outside the residence of Netanyahu to resign 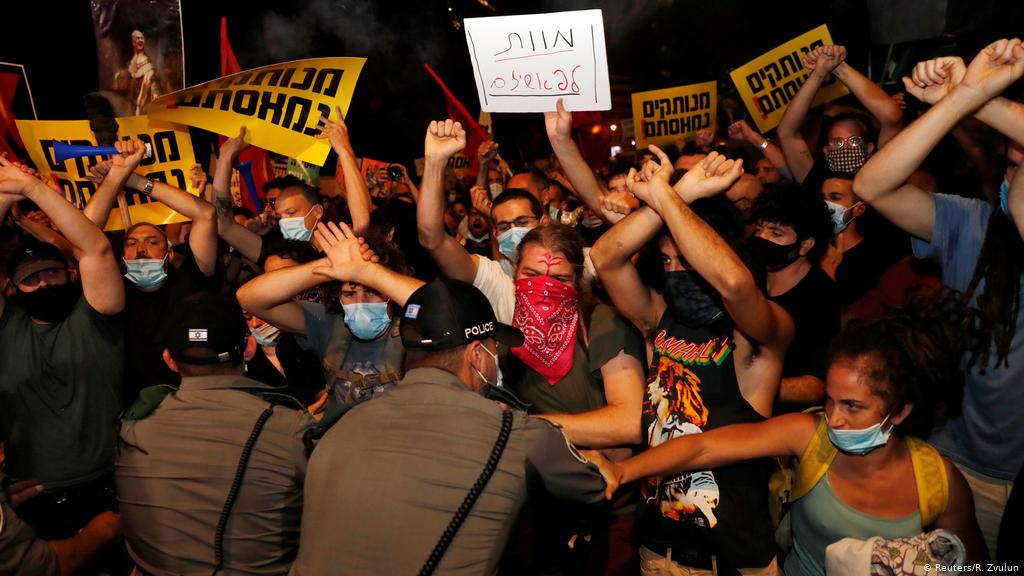 The week-long protest against the Israeli prime minister has entered its 11th week and is taking place at a time when Israel is facing a record number of coronavirus cases.

Demonstrators have criticized Netanyahu for failing to deal with the Coronavirus epidemic, which has led to rising unemployment in the country, and said the prime minister facing corruption charges should resign immediately.

Protesters held banners reading “Revolution”and “Get out of here” and held blue and white Israeli flags. A sign aimed at the prime minister was projected on a building reading in Hebrew: “Enough with you.” Smaller crowds gathered on bridges and intersections across the country also calling for Netanyahu to step down.

Although the demonstrations have largely been peaceful in recent weeks, protesters scuffled with police in several locations.

At least 13 arrests were made, including a man that police said “was dressed up as a woman in a provocative way.” Police also said two officers were lightly injured when a crowd burst through a police blockade.

Netanyahu has dismissed the protesters as “leftists” and “anarchists.” But his tough talk, and even a series of foreign policy accomplishments, have done nothing to deter the crowds.