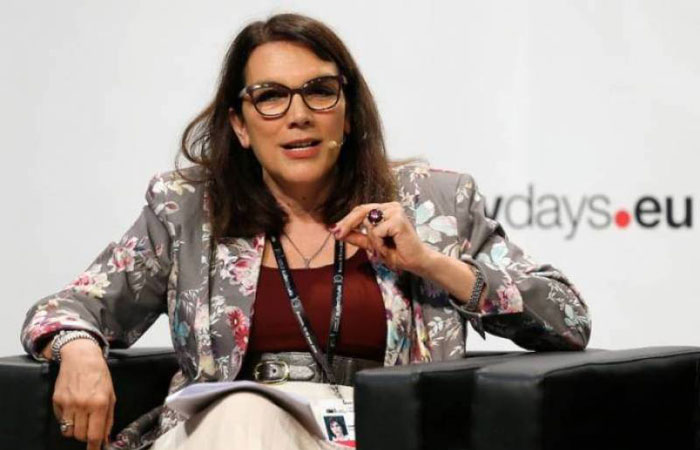 EU Ambassador to Pakistan Androulla Kaminara Sunday said the European Union fully backed Pakistan’s efforts to overcome the socioeconomic impacts of the coronavirus pandemic and build back better for a more sustainable future.

“The Covid-19 has shaken the world unexpectedly – and we will continue to feel the socioeconomic consequences of the virus for quite a long-time. Showing solidarity with each other during the trying times is the responsibility of all of us,” she said in an exclusive interview with APP.

She said it was an unprecedented challenge, but Pakistan had so far managed the crisis very well. “The data from the WHO (World Health Organization), which I have followed closely over the past few months, suggests that Covid-19 cases and deaths are on a steep decline in Pakistan. At the peak of the daily infections in mid-June there were over 6,000 new infections per day and for most of August this has been reduced to about 500 new infections or lower per day.”

It was heartening that the Pakistan government’s measures such as smart lockdowns as well as testing and tracing had helped slow down the spread of virus considerably, Androulla Kaminara remarked.

The government, she said, had taken a number of positive initiatives to stimulate the economy during the difficult time and also to help those segments of the population, which had been particularly affected by the pandemic. One example was the expansion of the Ehsaas Programme to cover approximately 23 million households, she added.

As regards the Pak-EU relations, Ambassador Kaminara said the European Union had been an honest and longstanding partner and friend to Pakistan. “We have had formal relations for nearly the past six decades and cooperation in a number of areas during that time.”

The EU-Pakistan bilateral relations received a major boost when the Strategic Engagement Plan (SEP) was signed in June 2019, to further enhance engagement between the two sides, and address emerging global challenges, she added.

Giving details of the SEP projects, she said it included the traditional areas of cooperation such as peace and security, democracy, rule of law, good governance, human rights, migration and mobility, trade and investment.

The SEP had also introduced cooperation in additional increasingly important areas such as energy, climate change, connectivity, education and culture, and science and technology.

Trade, the envoy, said was one of the cornerstones of the EU’s relationship with Pakistan as the EU supported the latter’s integration into the world economy and its sustainable economic development.

“The EU is the biggest export market for Pakistani goods. We account for about one-third of all Pakistani exports, with the second destination accounting for about half of this.”

She said Pakistan could do even better to utilise GSP+ to diversify its export base. The EU was now focusing on value addition and exploring new export potential for instance processed food and beverages, which would provide a boost to the agriculture sector.

“So overall, definitely the EU-Pak relations have been progressively getting stronger and also expanding in new areas,” she remarked.

To a query about the EU-supported projects in Pakistan, Ambassador Kaminara said Pakistan was one of the EU’s major development partners, with one of the largest programmes of aid in Asia.

For 2014-2020 period, she said, the grants provided to Pakistan amounted to over €600 million. EU-Pakistan cooperation priorities for 2014-20 programme period focused on rural development (50%), education and vocational training (35%) and good governance, rule of law and human rights.

Recently, the envoy said, the EU development funding was allocated in seven-year cycles. “Discussions for priority areas for the 2021-2027 period are just starting with relevant stakeholders (in Pakistan), which include of course the federal government, provincial government as well as non-state actors.”

She said, “Currently our focus is also to support Pakistan in its fight against Covid-19 and to address the social and economic impact of the pandemic – with a particular focus on women and vulnerable groups.”

A dedicated Euro 150 million package, she said, was announced and presented to Prime Minister Imran Khan in May. “This includes humanitarian aid, COVID relief activities through our development projects across Pakistan and working with civil society organizations.”

The ambassador said the European Union was enhancing its partnership with a democratic and pluralistic Pakistan that respected human rights and benefitted from its full economic potential by supporting sustainable and inclusive development for all its citizens.