Pandemic put Algeria’s protests on pause – will they now resume? 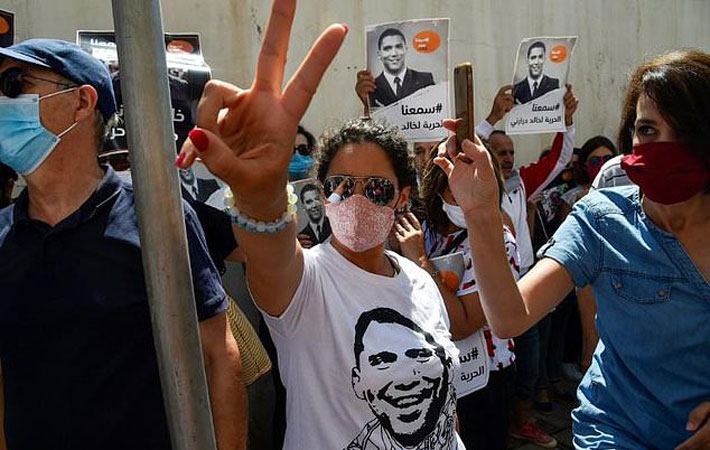 For over a year Algeria’s defiant anti-government “Hirak” protestors seemed unstoppable, but weekly demonstrations skidded to a halt due to restrictions to end the coronavirus crisis. With two months to go before a key referendum on constitutional reform — a vote the government hopes will meet their demands — many expect the protests to soon return.

“The will to change the mode of governance is still present,” said political scientist Louisa Driss Ait Hamadouche. While the mass demonstrations in the North African nation may be on hold, the anger remains and, many believe, could soon rekindle the street protests. “Although both hypotheses are possible, the most likely is the resumption of demonstrations,” Hamadouche said. Anti-government protests led by Hirak — meaning in Arabic, “the movement” — last year swept ailing president Abdelaziz Bouteflika from power. But the rallies continued afterwards, demanding the ouster of the entire state apparatus, which is reviled by many Algerians as inept and corrupt.

“By remaining peaceful and civic-minded, Algerians have shown surprising maturity,” Hamadouche said. “This spirit of civic protest means that, with or without popular demonstrations, Hirak is here to stay.” Mahrez Bouich, another political analyst, believes Hirak protests will continue “until the people’s demands are met.” Not only do the original grievances driving protests remain, frustration has grown. Anger has been compounded by a government crackdown against demonstrators, a rise in unemployment and a slumping economy.