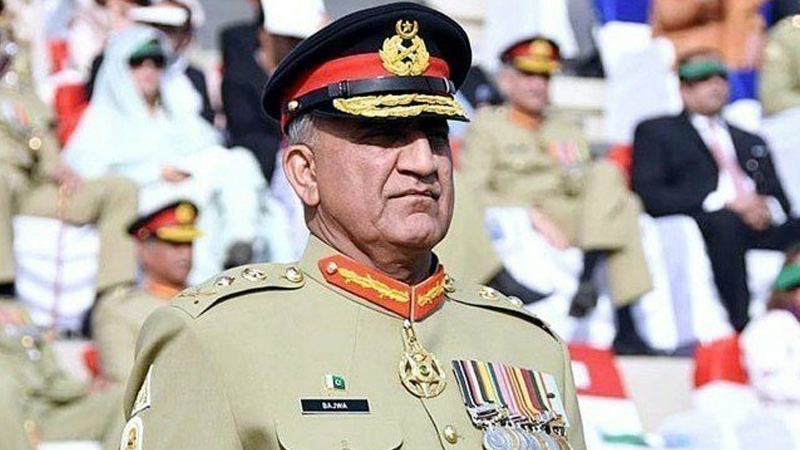 Chief of Army Staff (COAS) General Qamar Javed Bajwa on Sunday said the Armed Forces of Pakistan in September 1965 had defeated an enemy many times greater in might than it, adding that they are always ready to defeat nefarious intentions of the enemy.

The army chief addressed an investiture ceremony as chief guest and conferred military awards to army personnel for acts of gallantry during various operations, here at the General Headquarters (GHQ), said Inter-Services Public Relations (ISPR) in a press release.

“On this occasion, I want to send a message to my nation and the world that Pakistan is a peace-loving country. But if war is imposed on us, we will befittingly respond to every aggression,” the army chief said, adding that they had demonstrated this in response to the failed air strike by Indian in Balakot. “September 6, 1965 is an indelible chapter in our history. This is the day when countless stories of unity of the nation, love of homeland, sacrifice and bravery were marked in history,” he said. “It is not just a day for the nation but evidence to our courage and also commemorated the martyrs of 1948, 1965, 1971, the Kargil War and the war on terror,” he added.

General Bajwa said even today, they are defending their freedom with blood. “That is why we are here to remember the great deeds of our martyrs and conquerors and to pay tribute to their sacrifices. It is due to their courage, bravery and sacrifices that our freedom, sovereignty, peace and security are established,” he said, and also paid tribute to the families of the martyrs. “I salute them. I assure them that we will never forget the sacrifice of their loved ones. Our martyrs are our heroes and the nations that forget their heroes are annihilated. I salute your spirit of self-sacrifice and assure you that we are and will be with you on every step of the way,” he said, adding that the entire nation is indebted to the patience and sacrifice of the families of the martyrs. “Just as the martyrs are the pride of the whole nation, so are you our pride,” he said.

The COAS said that he would like to take this opportunity to draw the participants’ attention to another challenge that had been imposed on us in the form of 5th Generation or Hybrid War. “Its purpose is to discredit the country and the Pakistani forces and spread chaos. We are well aware of this danger. We will surely succeed in winning this war with the cooperation of the nation, by the will of Almighty Allah,” he said. “The nation has gone through great trials in the last 20 years. There was a state of war on the eastern and western borders, there were trials like earthquakes and floods, they fought a nerve-wracking war against terrorism and extremism in which thousands were killed and millions were displaced,” he went on to say. “And they also faced a calamity like a locust which they successfully coped with. In all these hours of trial, they did not give up rather stood firm and by the grace of Almighty Allah achieved victory,” he said. “Today’s Pakistan is a peaceful Pakistan and now we have to turn this peace into prosperity and development. As a nation, we have to fight for it. We have to adopt the principles of unity, faith and discipline, and we have to follow the motto of our leader Quaid-e-Azam, work, work and just work,” he added.

The army chief said Pakistan want peace in the whole world and especially in this region. “Pakistan’s key role in peace efforts in Afghanistan is a testament to that, but our neighbor India has, as always, taken an irresponsible stance,” he said. “Peace in the region is once again in grave danger, especially after the illegal move to end the special status of Indian Illegally Occupied Jammu and Kashmir. There is no doubt that Jammu and Kashmir is an internationally recognized issue. We do not accept any unilateral decision in this regard,” he added.

“The founder of Pakistan had declared Kashmir as the jugular vein of Pakistan. I want to make it clear that every word of his statement is important to us and part of faith. We will not show any flexibility in this regard. We cannot be intimidated by a stockpile of newly acquired weapons, nor can we be intimidated by any threat. Pakistan’s armed forces are fully equipped, vigilant and aware.”