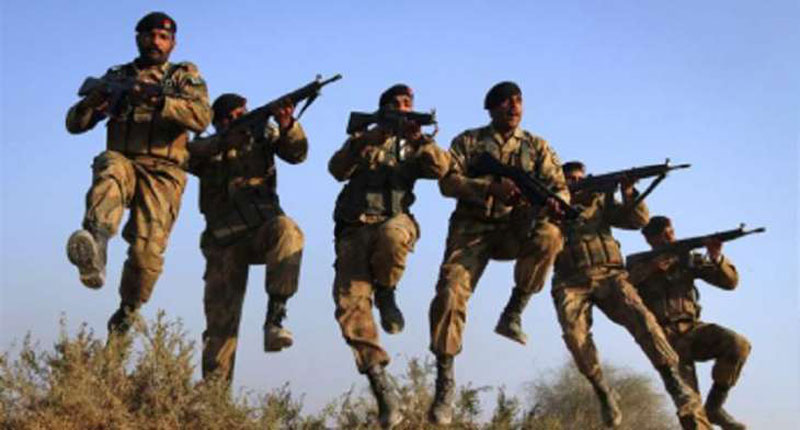 The entire nation along with armed forces observed the Defence and Martyrs’ Day to pay tribute the martyrs and ghazis and reaffirm commitment to defend the territorial integrity and sovereignty of Pakistan.

Wreath laying ceremonies were held at Shuhada monument at GHQ and at the graves and monuments of recipients of the Nishan-e-Haider, said Inter-Services Public Relations (ISPR) press release said. A large number of people belonging to various walks of life attended the ceremonies to pay homage to the brave sons of soil who demonstrated indomitable courage and valour in defence of the motherland.

The main ceremony for Defence Day was held in the morning at the General Headquarters (GHQ) in Rawalpindi where Army Chief General Qamar Javed Bajwa laid a floral wreath at the Martyrs Monument. A change of guards was also held at the Quaid’s mausoleum with Air Vice Marshal Shakeel Ghazanfar as the chief guest of the ceremony. A contingent of 46 cadets of the Pakistan Air Force Asghar Khan Academy took over guard duties. A ceremony was also held at the Naval Headquarters in Islamabad.

Major Raja Aziz Bhatti Shaheed (Nishan-i-Haider) had successfully defended the strategic BRB canal (Bambanwala-Ravi-Bedian Canal) near Lahore for five days where he embraced martyrdom after being hit by an enemy tank shell on September 10, 1965. Squadron Leader Muhammad Mahmood Alam, popularly known as MM Alam, shot down two enemy hunter aircrafts and damaged three others on September 6 and destroyed five more enemy hunter aircrafts in less than a minute on September 7, which was unprecedented in the history of Pakistan Air Force.