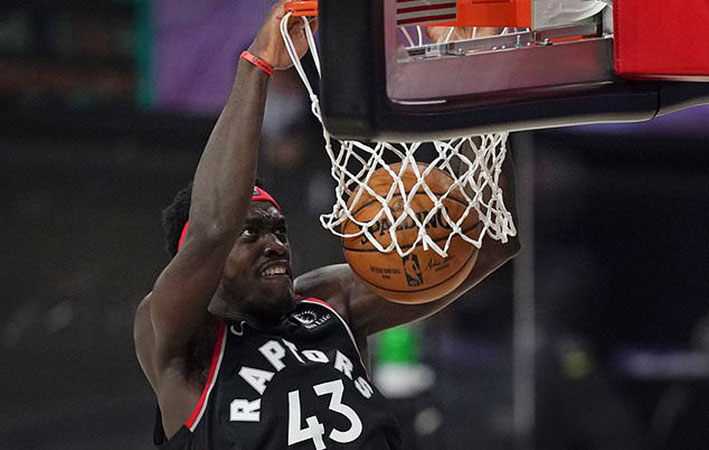 Two days after winning Game 3 on OG Anunoby´s 3-pointer as time expired, the Raptors didn´t need any big shots. Instead they just put together long stretches of stops, shutting down most of Boston´s perimeter shooters and Jaylen Brown in particular.

Serge Ibaka had 18 points off the bench on 7-of-9 shooting and Fred VanVleet finished with 17 points, six rebounds and six assists.

Jayson Tatum had 24 points and 10 rebounds for the Celtics. They won their first six postseason games before dropping the last two. Kemba Walker had 15 points and eight assists.

The Raptors got their own shooting untracked late in the third quarter to open the first sizable lead by either team and Boston couldn´t hit nearly enough shots to put much of a dent in it.