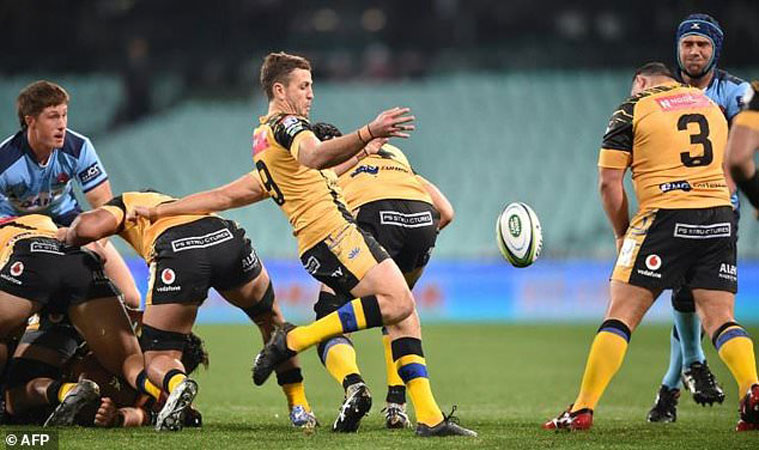 Western Force might have lost all eight games on their return to the top flight, but captain Ian Prior insists they were competitive enough to justify Australia having five teams in Super Rugby.

The Perth side put themselves in match-winning positions this season, but were unable to deliver the killer punch and suffered some agonising last-gasp defeats.

It happened again on Saturday in their last match, going into the final minutes with a three-point cushion only for the Rebels to convert a late try and win 34-30.

It put the Melbourne side into a playoff against the Queensland Reds for the right to meet the ACT Brumbies in the September 19 Super Rugby AU final.

Long-serving Force scrum-half Prior admitted eight defeats didn’t look good, but said the season would be the making of the largely inexperienced team.

“We had upwards of 20 Super Rugby debutants in our squad alone and I think that shows what we were doing the previous two years to be able to develop players to step up to that level is really successful,” he said.

“And it shows that Australia does produce enough talent to sustain five teams.

“I’m disappointed we didn’t get the results that we wanted and deserved, but I think this will be the making of this team and this club moving forward,” he added. “We’ll definitely be better for it.”

The Force were seen as surplus to requirements when governing body SANZAAR decided to reduce the unwieldly, globe-trotting southern hemisphere competition from an 18-team model to 15 for the 2018 season.

But they won a reprieve when the tournament fell victim to the coronavirus pandemic this year and Australia set up a stop-gap domestic event to replace it.

Their impact has been enough for Rugby Australia to insist they must be included in any potential trans-Tasman tournament next year after New Zealand suggested only two to four Australian teams should be involved.

How next season shapes up remains to be seen given continued Covid-19 uncertainty, but it appears that the Force, backed by billionaire mining magnate Andrew Forrest, will live to fight another day.

Coach Tim Sampson paid tribute to their character after 10 weeks on the road due to the pandemic.

“Each week we’ve prepared exceptionally well. It’s been challenging when you train at different fields you’re not used to, but it brought us together,” he said.

“Credit to the players in how they responded to the hurdles along the way, and how they went out and performed each week as they did is amazing.”