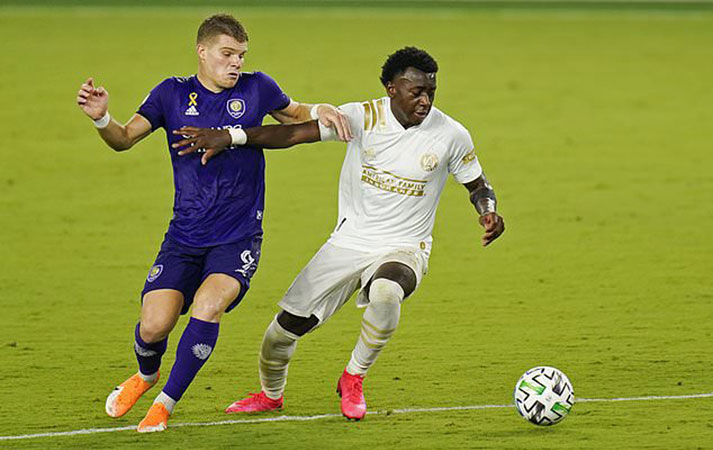 ORLANDO: Adam Jahn scored on header in the final minutes of second-half stoppage time to give Atlanta United a 1-1 draw with Orlando City on Saturday night.

Jake Mulraney crossed from outside the 18-yard box to Jahn, who scored his third career goal.

Benji Michel scored in the final minute of the first-half stoppage time for Orlando City (4-2-4). He connected on an easy redirect from Daryl Dike.

Orlando City nearly added a second goal in the 79th minute, but Nani´s laser free kick glanced off the post.

Mauro Manotas scored on header in the 85th minute to lift Houston past Sporting Kansas City.

Alberth Elis entered in the 58th minute for the Dynamo and tied it at 1 a minute later. Darwin Quintero assisted on both Dynamo goals. Erik Hurtado opened the scoring for Sporting in the 30th.