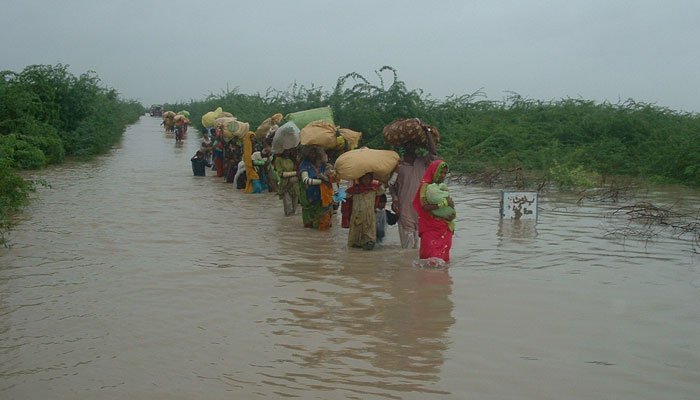 KARACHI: Scores of villages in Sindh and Punjab were inundated with stormwater after heavy rains lashed parts of two provinces.

The rise of the water level in the embankments of canals passing through Golarchi Tehsil of Badin district due to rain wreaked havoc.

In several villages of Sanghar’s Sindhri Tehsil, the walls of mud houses collapsed while in Tando Muhammad Khan, victims of the floods were forced to abandon their homes after heavy downpours damaged their houses and flooded their area.

More than 200 villages have been submerged in rainwater in Mirpur Khas District’s Digri.

In Punjab’s Layyah district, 40 settlements have been flooded while rice, sugarcane, and cotton crops have been severely affected in the Khushab and Rajanpur districts.