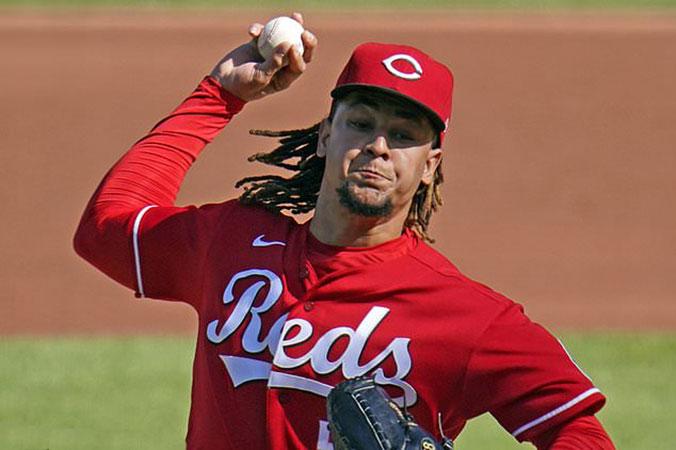 PITTSBURGH: Luis Castillo pitched six strong innings to pick up his first victory in nearly a year as the Cincinnati Reds edged the Pittsburgh Pirates 4-2 in the first game of a doubleheader on Friday.

Castillo (1-5) struck out eight and walked two to earn his first win since Sept. 13, 2019. The 27-year-old, a 15-game winner and an All-Star last season, had dropped seven straight decisions.

Nick Castellanos hit his 11th home run for the Reds, a solo shot off Steven Brault (0-2) that gave Castillo the kind of support he’s lacked most of this season. Entering Friday, the Reds had scored two runs or less in five of Castillo’s seven starts. Raisel Iglesias worked the seventh for his fifth save.

Gregory Polanco doubled twice and drove in a run for Pittsburgh. Colin Moran added two hits and an RBI but the Pirates lost for the sixth time in their last eight games when they failed to take full advantage of early opportunities against Castillo. The Pirates put runners on second and third with no outs in the second and didn’t score and failed to cross the plate after consecutive singles leading off the fourth.

“When I was able to get the three outs (in the second), that´s when I really got my confidence back,” Castillo said. “I felt really good throughout the game, but it´s really in the second when I got those three outs that I knew I had it today.”

Castillo grew stronger as he went along. He retired eight of the last nine batters he faced and his 93rd and final pitch was a 98 mph fastball at the knees that caught Pittsburgh’s Cole Tucker looking.

Save for Castellanos’ drive to the Cincinnati bullpen beyond the wall in center field leading off the fifth, the Reds were just fine pecking away at Brault. Five of their six hits against the left-hander were singles. Brault allowed four runs, three earned, in 4 2/3 innings with two walks and six strikeouts.

“That pitch to Castellanos was bad but overall not too many bad ones in general,” Brault said. “A lot of those hits were not necessarily broken bats but weak contact, missing the barrel, and just fell in.”

Cincinnati first base coach Delino DeShields will miss the series with the Pirates while tending to a personal matter. Willie Harris, who had been working at the team’s alternate training site, will fill in.

Reds: RHP Sonny Gray’s next start was pushed at least two days as precaution to give him a little bit more rest. Gray was scheduled to start on Sunday but manager David Bell said Gray will instead start at some point during a three-game series with the Cubs next week.