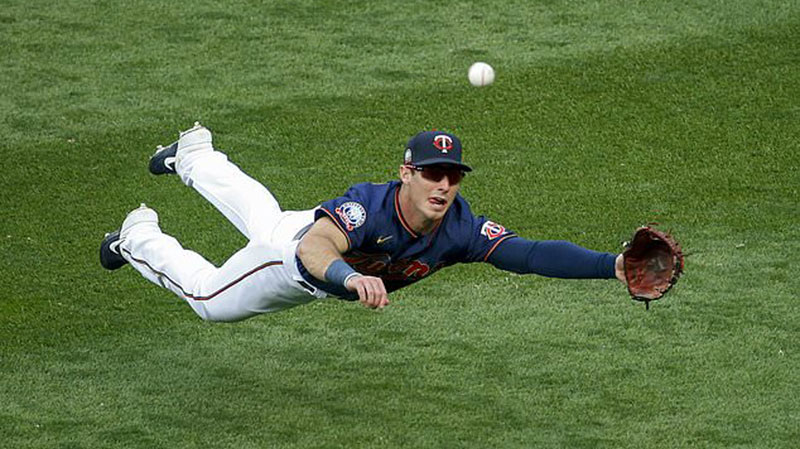 Astudillo started on second base with the eighth inning considered an extra inning due to the seven-inning doubleheader rule. Gonzalez hit a grounder up the middle and Detroit center fielder Derek Hill, making his major league debut, bobbled the ball, allowing Astudillo to score easily.

Sergio Romo (1-1) pitched a perfect seventh and Trevor May picked up his second save in four chances as Minnesota won its fourth straight game.

Joe Jimenez (1-3) allowed Gonzalez´s hit to take the loss after Gregory Soto blew a save in the seventh. Soto walked the first two batters of the inning and Jorge Polanco followed with an RBI single.

Miguel Cabrera had a pair of hits for Detroit and three hits in the doubleheader, tying Brooks Robinson for 48th on the all-time list with 2,848.

Jonathan Schoop added an RBI triple for the Tigers, but he was left stranded as the runner at second in the bottom of the eighth with Detroit playing as the home team. The game was postponed in Detroit on Aug. 28 due to inclement weather.

Brent Rooker singled in Polanco in the third for his first major league hit and RBI for the Twins.

Polanco and Josh Donaldson hit back-to-back homers to lead off the bottom of the first inning, and Randy Dobnak (6-2) bounced back with five scoreless innings as Minnesota won the opener 2-0.

Polanco and Donaldson became the first duo to lead off the game with homers for the Twins since Eduardo Núñez and Brian Dozier in 2016 against Kansas City.

Detroit starter Matt Boyd (1-5) allowed consecutive leadoff homers for the third time in less than a month. He also gave up back-to-back home runs to the Chicago White Sox to start games on Aug. 12 and 17.

Before the first game, Minnesota placed outfielder Max Kepler on the 10-day injured list with a left adductor strain. Manager Rocco Baldelli said the injury is considered minor and Kepler is likely to return after the 10 days expire.

The Twins selected the contract of Rooker, the 35th overall pick in the 2017 draft by Minnesota, to take Kepler´s spot on the active roster. Rooker has hit .267 with 54 home runs in 259 career minor league games.

“He hits the ball very hard,” Baldelli said. “He can hit the ball very far when he does it the way he wants, and he has good at-bats. … We´re facing some tough lefties coming up who have been very good against, especially, left-handed hitters. To be able to pencil Rook´s name in there is very nice.”

Tigers: INF Niko Goodrum missed both games and his third in a row with a sore right side. Manager Ron Gardenhire said the team wants to be cautious with Goodrum and avoid a stint on the injured list. INF Sergio Alcantara was added to the roster as the 29th man for the doubleheader.

Twins: C Alex Avila was taken out of the second game in the third inning with low back tightness. The issue caused him to be scratched before Wednesday´s game as well. … 2B Luis Arraez missed both games with continued patellar soreness in his left knee. Baldelli said Arraez is not expected to land on the injured list, but the injury will need to be managed. … C Mitch Garver has started baseball activity as he recovers from a right intercostal strain. Garver has been out since Aug. 19.