Harrell wins Sixth Man Award to keep it with Clippers 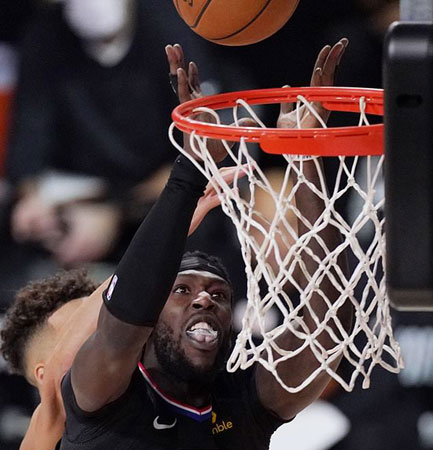 LAKE BUENA VISTA: Montrezl Harrell won the NBA’s Sixth Man Award on Friday, keeping the honor for the league´s top reserve with the Los Angeles Clippers for the third straight season. Harrell ended the two-year run of teammate Lou Williams – who finished third – and gave the Clippers four winners in the last five years. Harrell and Williams helped the Clippers have the league´s highest-scoring bench for the second straight season. Harrell received 58 first-place votes from a panel of 100 sports writers and broadcasters, earning 397 points. Dennis Schroder of Oklahoma City was second with 35 first-place votes and 328 points, while Williams got the other seven first-place votes and 127 points. The Clippers averaged 51.5 points from their bench, continuing to get strong play from their second unit. Before Williams’ consecutive awards, Jamal Crawford won the last of his three awards in 2016. Harrell is a 6-foot-8 force of energy, outworking fellow big men on the boards and outracing them on fast breaks.