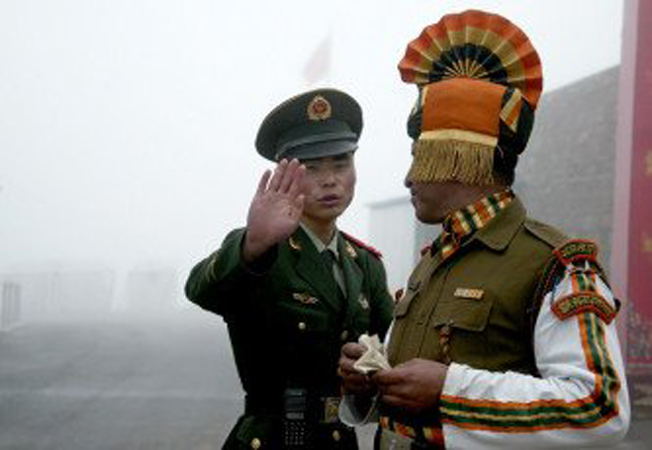 India and China said on Saturday they have agreed to work towards reducing tensions along their contested border, following a meeting of the defense ministers of the nuclear-armed Asian giants.

Both sides deployed additional forces along the frontier running through the western Himalayas after a clash in June, during which 20 Indian soldiers were killed in hand-to-hand fighting.

In the highest level face-to-face political contact between India and China since tensions first flared along the border in May, defense ministers Rajnath Singh of India and General Wei Fenghe of China met on the sidelines of the Shanghai Cooperation Organisation meeting in Moscow. Both countries agreed that “neither side should take any further action that could either complicate the situation or escalate matters in the border areas,” India’s defense ministry said in a statement.

Wei said the two sides should promote peace and stability and work to cool current tensions, China’s Ministry of Defence said in a news report about the meeting posted on its website. He, however, said that blame for the recent tensions lays entirely with India, adding that China is determined to safeguard its national sovereignty and territory.

Wei urged the Indian side to jointly ease tensions and safeguard the peace and stability of the China-Indian border.

Chinese and Indian soldiers recently engaged in the most serious border clashes since they fought a war in 1962, leaving casualties on both sides. China blamed India for the incidents, calling the actions by Indian border troops infringing and provocative.

Wei said both India and China should abide by the consensus reached by their leaders and solve problems via dialogue and consultation, urging India to strengthen management and control of its frontline troops, and not make provocations or deliberately hype and spread negative information.

In the meeting with Singh, Wei also stressed China’s capability of safeguarding national sovereignty and territorial integrity, saying not an inch of China’s territory should be lost. Wei called on both sides to work jointly to ease tensions in order to safeguard the peace and stability in the border areas.

Rajnath Singh, for his part, noted the importance of a peaceful border relation with China, saying both sides should keep the channels of military and diplomatic dialogue open. India agrees to work toward full disengagement of frontline forces as soon as possible and push the relations between the two countries and armies back on track, he added.

It was the first and highest level of face-to-face talks since the June 15 clash in the Galwan river valley.

The disputed border covers nearly 3,500 kilometers of frontier that the two countries call the Line of Actual Control (LAC) and that stretches from Ladakh in the north to the Indian state of Sikkim in the northeast. The two countries have been trying to settle their border dispute since the early 1990s without success.

Earlier, United States President Donald Trump also said that the US was ready to help resolve the dispute between India and China. Trump told reporters that the situation was ‘very nasty’, adding that the two countries were “going at it much more strongly than a lot of people even understand.”

Trump, when asked about the dispute at a news briefing in the White House, said that Washington was talking with both countries about what it could do to help defuse the situation. “We stand ready to help with respect to China and India. If we can do anything, we would love to get involved and help,” he said.

Trump has offered to mediate between the two nuclear-armed nations in the past. China has said that there is no need for a third party to mediate and India has also appeared cool to the idea.