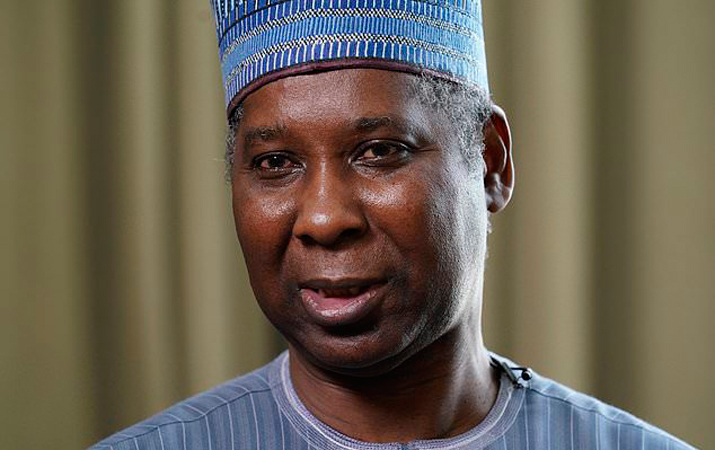 The president of the UN General Assembly is warning that a vaccine for COVID-19 must be made available to everyone who needs it because if just one country is left out the world will still face a crisis from the coronavirus.

As the world looks to a vaccine and a post-COVID-19 world, Tijjani Muhammad-Bande also says that “inclusion is key, because without inclusion the suffering of those who are already left behind, will continue – and we cannot guarantee peace in that kind of a context.”

He said in an interview Thursday with The Associated Press that statements from those developing vaccines have said they intend to make them widely available, which he stressed is important.

“I believe that there will be protocols and agreements to guarantee affordability and accessibility to the product when it is available,” he said.

Muhammad-Bande said the pandemic, perhaps ironically, has defied initial predictions that developing countries would be hardest hit because many of their health systems are poorer. What has happened, he said, is that death rates and infections are far lower in percentage terms in developing countries, including in Africa, than in the major developed countries of the world.

“The point that is absolutely fundamental, both in rich and poor countries, developed and developing countries, (is that) it mattered how you responded to the disease, whether you are poor or rich,” Muhammad-Bande said.

In dealing with the virus, he said, richer countries had better health care and financial support while developing countries reliant on tourism and oil, for example, are suffering from severe economic hardships.

“Go to each country, see how the pandemic affected differentially rich and poor people,” he said. “This is the big issue and it has to be addressed.”

Asked what needs to be done most urgently to return the world to some sense of normality, he said, “Solidarity and partnership and empathy for the other I think are key to how we go forward.”

Muhammad-Bande was interviewed on the day that ambassadors from the 193 UN member nations attended their first in-person plenary meeting in the General Assembly chamber since the pandemic forced diplomats from the world body to work remotely.

The presidency of the General Assembly rotates annually by region and Muhammad-Bande, who is Nigeria´s UN ambassador, was chosen by the African group for the post. When he took office in September, he was dealing with issues of human rights and development, and focusing especially on education and poverty eradication.

The new coronavirus, which “just came,” created a unique presidency, he said.

“The United Nations was created to solve problems and the problems keep coming at it, and this is but one unique one,” he said. “It certainly complicated the way we had worked. It was not easy to work from homes. It was not easy to hammer out agreements or to negotiate, but it was understood that we had to do something – we had to work.”

Members had to agree on difficult issues including what constituted an official meeting and consensus, how to change the rules of procedure, and how to hold remote meetings with simultaneous translation in the U.N.´s six official languages – English, French, Spanish, Russian, Chinese and Arabic, he said.

Diplomats credit Muhammad-Bande´s calm manner and diplomatic skills for the accomplishments of his past year, first and foremost getting all countries to agree on a declaration commemorating the UN´s 75th anniversary that is scheduled to be adopted by world leaders Sept. 21.

“We were able to have a declaration by consensus as to the meaning of our 75-year history that, I think, for me, was remarkable because there were deep differences between countries and regions,” Muhammad-Bande said. “This is not a small feat for the organization, no question about that.”

The declaration recalls the UN´s successes and failure and vows to build a post-pandemic world that is more equal, works together and protects the planet. It calls the COVID-19 pandemic “the largest global challenge in the history of the United Nations.”

When Muhammad-Bande took over the presidency he said the 75th anniversary of the United Nations “presents a unique opportunity for us to reduce the trust deficit between nations.” And he said if the UN is to achieve the vision of its founders, “we must ensure that indifference and cynicism do not creep into our organization.”