Amnesty International’s report highlights the failure to protect active health workers against the coronavirus epidemic. Worldwide, at least 7,000 health workers have died from the disease. 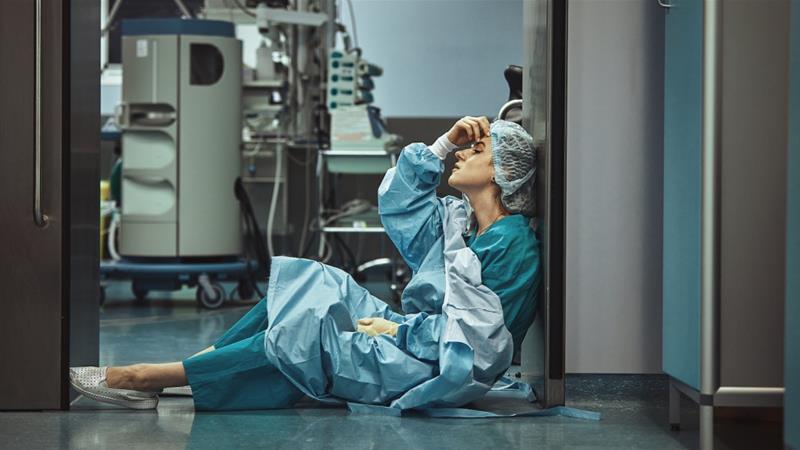 The International Organization for Human Rights called the death toll a “shocking crisis” and called on governments to provide health workers with the necessary safety equipment.

For over seven thousand people to die while trying to save others is a crisis on a staggering scale. pic.twitter.com/Qw3RU3oNNp

According to Amnesty International, at least 7,000 health workers around the world have lost their lives battling the coronavirus. The highest number of health workers killed in this latest report is 1320 in Mexico.

Carissa Etienne, director of the PanAmerican Health Organization, said the US has “the highest number of healthcare workers infected in the world”.

In India, which on Thursday reported a record daily high of 83,883 new infections amid a rapid surge in the spread of coronavirus in recent weeks, at least 573 health workers have died and more than 87,000 have been infected. More than half of the health workers’ deaths (292) occurred in the state of Maharashtra.

As in other countries, inadequate protection is also a significant concern for health workers in South Africa. where 240 of them have lost their lives to the novel virus. The country’s largest public-sector union, the National Education, Health and Allied Workers’ Union on Thursday called for a demonstration to demand greater government support for front-line workers.

Amnesty International has compiled data from many sources, including records of local and foreign medical organizations operating in various countries, including medical and government officials.

The number of coronavirus infections worldwide has exceeded 26.5 million. After the United States, Brazil and India are the most affected countries in the world. 387,000 people have died in these three countries from the virus.