Halted promotions for the years of employees in CDA were resumed

Process of promotions of employees in Capital Development Authority (CDA) has been resumed. 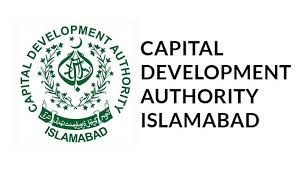 The process of promotion remained halted for the years which was not only affecting working of the authority but was also a main cause of concern among the employees. However, the incumbent management after streamlining the affairs of Human Resource Directorate resumed this process and now employees are being promoted on regular basis.

Seniority issues of different cadres are also being resolved amicably and employees are being promoted across all cadres. In this connection, around 100 officers and officials have been promoted to next scales who were waiting for promotion for several years. Similarly, process for promotion of 37 more officers is also at advance stages which will likely to be completed within next two weeks.

CDA Management, few months back taking notice of the situation, issued instructions to expedite the progress and resolve issues impeding the promotion process. In this context, Human Resource Development Wing was directed to formulate a policy for holding of regular Departmental Promotion Committee (DPC) of CDA officers and officials. In the light of directions, pre-requisites, including seniority issues, for promotion cases are being finalized and Departmental Promotion Committees are being conducted on regular basis to scrutinize promotion cases as per rules and procedures.

CDA has reiterated that incumbent management of the authority is adhering the principles of merit and transparency in all administrative affairs. Longstanding promotion cases of officers are being disposed of in dignified manner in accordance with rules and procedures by holding departmental promotion committees.