After Karachi, PM Imran to visit interior Sindh next week

After a brief visit to Karachi, Prime Minister Imran Khan has decided to visit interior Sindh next week to oversee the damages caused by the recent rainfall. 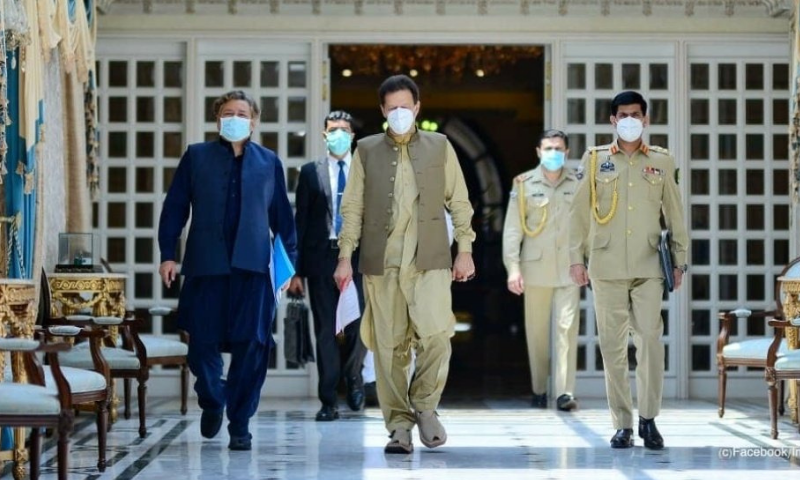 The prime minister is scheduled to arrive in the rain-hit provincial capital on Saturday, where he is expected to announce a multi-billion relief package along with meeting political and business leaders.

PM Imran Khan is expected to announce an over Rs800 billion ‘Karachi Transformation Plan’ during his visit including around 50 development projects.

Meanwhile, Information Minister Shibli Faraz said the prime minster is determined to “restore Karachi’s identity as a true industrial hub” of the country and the backbone of its economy.

“The people of the city cannot be left at the mercy of the Sindh government which has destroyed Karachi over the past 12 years,” he said in a tweet hours before the premier’s expected arrival.

On August 27, the premier had said his government would “not abandon” the city’s people “in their time of crisis”.

PM Imran had made the statement after a record-breaking monsoon spell wreaked havoc in the city, causing waterlogging and disrupting power in several areas for multiple days, in addition to claiming at least 20 lives.

The PPP chairman appreciated the federal government for showing seriousness for the first time in two years with regarding to resolving the issues and investing in the infrastructure and development of Karachi.

He said that crops and businesses in the province have been destroyed due to the devastation caused by the monsoon, and even the army chief has said that no city could have faces a calamity os such intensity.

Bilawal said that funds from the federal government were the right of the people of Sindh. “Those who taunt us saying they will not give Sindh its due share of funds, they should know that these belong to the people of Sindh,” he said.