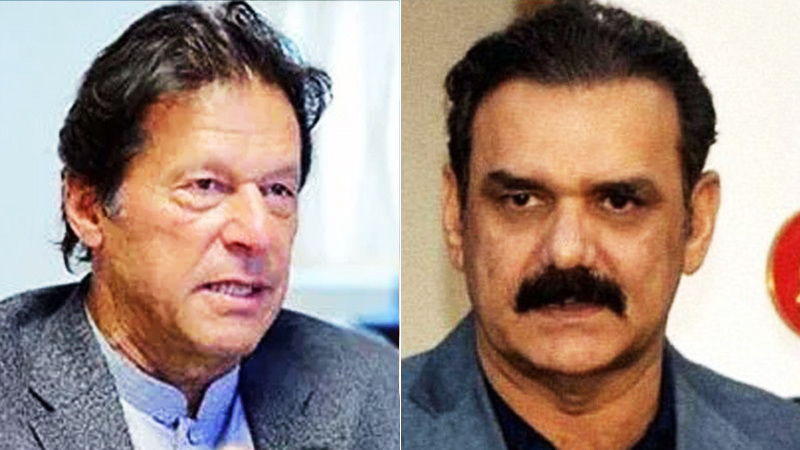 The prime minister said he is satisfied with the evidence and explanation presented by Asim Bajwa, and that he has directed him to continue to work as SAPM, said a news release issued by the PM Office here.

Bajwa had announced on Thursday night that he would hand in his resignation to the prime minister on Friday and request to relieve him of his duties as his special assistant on information. The retired lieutenant general had said that he would continue his work as chairman of the China-Pakistan Economic Corridor (CPEC) Authority.

Confirming the development in a tweet, Senator Faisal Javed Khan said the prime minister had directed Bajwa to continue working as his aide. The official PTI Twitter account also quoted the prime minister as saying that he was satisfied with the evidence provided by Bajwa about his family’s assets. He also directed him to continue working as the SAPM on information and broadcasting, the tweet said.

The announcement of resignation came after a strong rebuttal to allegations raised against Lt Gen (r) Bajwa in a news broken on an ‘unknown website’ on August 27 by journalist Ahmed Noorani. Bajwa on Thursday vehemently denied as ‘incorrect and false’ all allegations. The four-page rebuttal to the accusations was posted to Twitter by Bajwa, along with the following statement, “I strongly rebut the baseless allegations levelled against me and my family. Alhamdolillah another attempt to damage our reputation belied/exposed. I have and will always serve Pakistan with pride and dignity.” He said that he has not shied away to explain the allegations shamelessly levelled against him. “These allegations have been hurled at me to tarnish my image,” he said.

Asim Bajwa said a random mention had been made of the companies, businesses and properties, owned by his brothers and children, with sweeping allegations regarding their evaluation and propriety. Emphatically, all the adverse insinuations levelled in the news item in question were materially false, he added.

He said the allegation that his declaration of assets and liabilities as an SAPM dated June 06, 2020, suffered from omission of investment of his wife abroad, was materially false. On the date of filing of the said declaration, his wife was no longer an investor or shareholder in any business of his brothers or anyone else, abroad, he said. “My wife had disinvested all her interests as on June 01, 2020 in any entity abroad and such fact has been duly documented in the official records in the USA,” he added.

He pointed out that the company registered in the Securities and Exchange Commission of Pakistan (SECP) in Pakistan was a liaison office of the companies in the United States of America (USA). The process of change of name in the SECP in Pakistan, he added, had been conducted in due course, but that was only a ministerial function since the interest in the parent companies in the USA stood no more in the name of his wife as on June 06, 2020 – the date of filing of his declaration of assets and liabilities as an SAPM. Keeping in view the above mentioned actual figures, he said, it became clear that the news item was aimed at maligning his reputation.

He said during 18 years from 2002 to June 01, 2020, the total accumulated out of pocket investment made by his wife in the companies of his brothers in the USA stood at US $19,492. “This investment was made by my wife through my savings spread over a period of 18 years, all of which are fully accounted for,” he said, adding that he did not violate rules or regulations prescribed by the State Bank of Pakistan at any stage.

With regard to the alleged investment of businesses of his brothers in the pizza chain PAPA JHON’S in the USA and DQ, UAE, Bajwa explained that Bajco Global Management LLC was not parent company of any company and was only a management company that provided management services to all Bajco-related businesses on a fee basis. “Bajco Global Management, LLC does not have any ownership interest in any PAPA JHON’S in the USA, DQ, UAE or any real estate,” he added.

Rejecting another false claim that Bajco owned 99 companies, he said there were a total of 27 active companies in the US and two in the United Arab Emirates (UAE) and the report repeated the companies for multiple times.