Five dead as rains continue to lash parts of Punjab 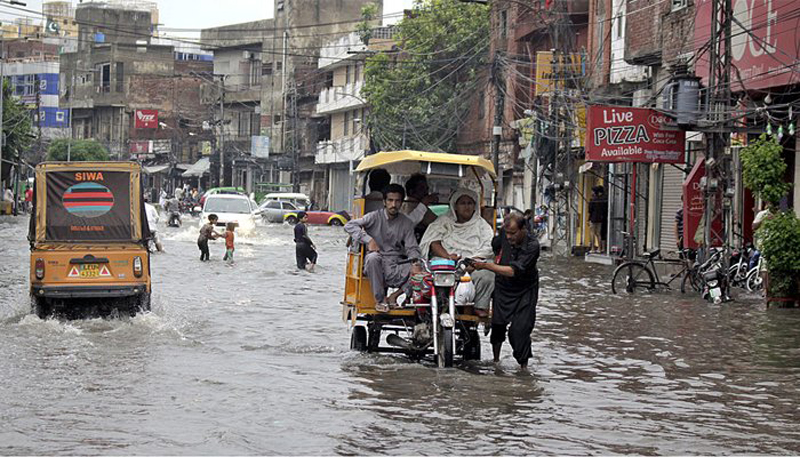 Heavy rains continued to lash various cities across Punjab on Friday, dealing heavy damage to infrastructure, endangering the lives of citizens, and leading to the deaths of at least five, a private TV channel reported.

At least five people were reported to have died in the aftermath of the monsoon showers, besides several injured. The imam of a mosque was electrocuted due to rain in Raiwind, police sources said. Shehzad died after touching a wire while pouring sand on the roof, according to police. Separately, four members of a family were buried alive and others sustained serious injuries when a roof of a house collapsed in Chakwal in the early morning hours. According to rescue officials, three girls and a boy, were killed when the roof of their house collapsed due to heavy rains. Rescue teams retrieved the bodies from the rubble and pulled out two other persons in an injured condition. The deceased and injured were taken to a hospital.

In Lahore, Chief Minister Punjab Sardar Usman Buzdar cancelled his routine meetings to inspect the city situation after heavy rain. He also inspected an underground water storage facility at Lawrence Road and said that water disposal should be completed at the earliest.