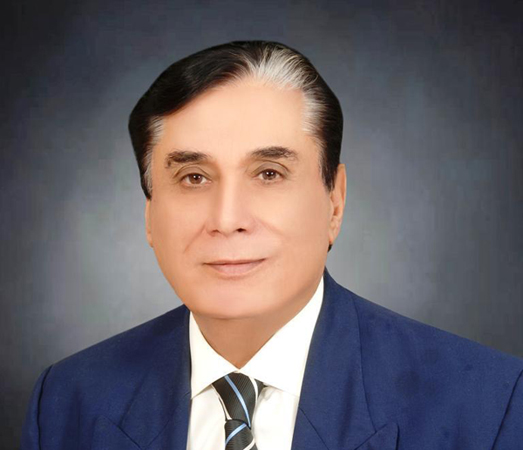 Honourable Justice Javed Iqbal, Chairman of the National Accountability Bureau, has said that taking mega corruption white collar crimes cases to logical conclusion is the top most priority of the NAB.

The NAB is the focal anti corruption institution of Pakistan under United Nations Convention against Corruption (UNCAC) which has already been ratified by Pakistan with United Nations. International Economic Forum, Transparency International, PILDAT and MASHAL Pakistan have lauded NAB’s efforts of eradication of corruption. NAB has rejuvenated its operations, prosecution, human resource management, training and research, awareness and prevention divisions after bringing some improvements.

He said that In 2019, 1,308 complaint verification were conducted. While 1,686 inquiries, 609 investigation were completed. The NAB had recovered Rs 363 billion from the corrupt elements and deposited into national exchequer. The overall conviction ratio is about 68.8 percent which is achievement as comparing to other matching institutions.

NAB has so far deposited Rs 466.069 billion in the national exchequer. The new system of Combined Investigation Team (CIT) has also been put in place to take benefit from collective wisdom of experienced officers including Director, Additional Director, Investigation officers, Legal Consultant and Land Revenue experts for effective investigations. NAB Rawalpindi has established forensic laboratory having facilities of question documents and finger prints’ analysis. In 2019, the lab conducted analysis of 15,747 question documents, 300 finger prints, 74 devices including laptops, mobile phones, hard disks. In total the analysis of 50 cases were conducted by the forensic lab.

NAB is also the chairman of Saarc Anti corruption forum. NAB is the role model for SAARC countries. NAB has inked MoU with China in the context of China, Pakistan Economic Corridor (CPEC) projects. This would help creating corruption free atmosphere in the country. He directed regional bureaus of NAB to conduct complaint verifications, inquiries and investigations in light of concrete evidence so that the corruption cases could be taken to logical conclusion as per law and corrupt elements should be brought to justice.