Stop me if you can: Kangana

* Kangana Ranaut has challenged all, saying nobody can stop her from coming to Mumbai and on September 9, 2020, she will land at the airport and also share her arrival timings 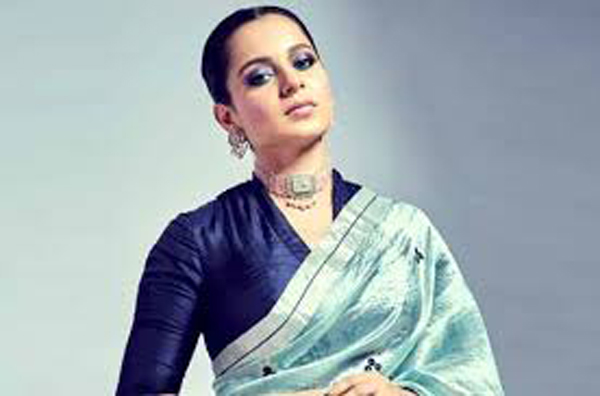 After controversial Pakistan Occupied Kashmir (Pok) remark on Twitter against Shiv Sena MP Sanjay Raut’s threat, Bollywood actress Kangana Ranaut has decided to finally land in Mumbai and has tweeted about it.

She wrote: I see many people are threatening me to not come back to Mumbai so I have now decided to travel to Mumbai this coming week on 9th September, I will post the time when I land at the Mumbai airport, kisi ke baap mein himmat hai toh rok le.

Kangana Ranaut has challenged all, saying nobody can stop her from coming to Mumbai and on September 9, 2020, she will land at the airport and also share her arrival timings. She has been staying with her family in Himachal Pradesh ever since the deadly novel coronavirus pandemic and lockdown.

A day after Kangana Ranaut’s tweet accusing Shiv Sena MP Sanjay Raut threatening the actress to not return to Mumbai if she has no faith in the police has clarified his stand regarding the remark.

Raut told Zee News, “We don’t give threats to anyone, we believe in taking action. Those who are making comparisons with Pakistan Occupied Kashmir (PoK), don’t know anything about Pok. We will not tolerate anything demeaning about Mumbai and Maharashtra.”

He added, “Mumbai police has risked its own life and saved the citizens at the time of 26/11 terror attacks. Even in 1992 blasts also they protected the city and people living in it. Several Mumbai police officers have lost their lives and made sacrifices during the deadly novel coronavirus outbreak.”

Kangana Ranaut has been naming and shaming several big Bollywood celebrities for fanning nepotism and recently in the drug conspiracy related to Sushant Singh Rajput case.