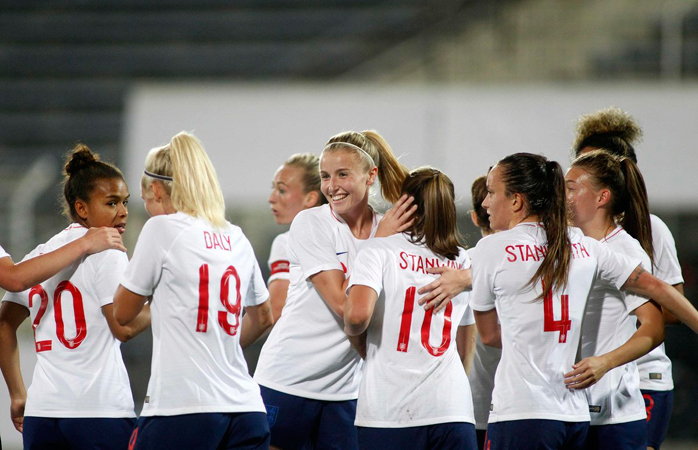 LONDON: England’s men’s and women’s national soccer teams are being paid the same appearance fee to represent their country, the Football Association said on Friday. In a statement released to British media, the FA revealed parity on match fees had been in place since January. “The FA pays its women’s players exactly the same as their male counterparts for representing England, both in terms of match fees and match bonuses,” the FA said in a statement. On Wednesday, the Brazilian Football Confederation (CBF) joined Australia, Norway and New Zealand in committing to paying their men’s and women’s sides the same amount for earning a cap. “There is no more gender difference, the CBF is treating men and women equally,” CBF chief Rogerio Caboclo said in statement. Caboclo, however, said prize money from the World Cup would be proportionally equal to what global soccer governing body FIFA pays the competing nations.

The Brazil women’s team reached the World Cup final in 2007 and Olympic finals in 2004 and 2008. The men’s team have won the World Cup a record five times and Olympic gold once. FIFA offered prize money of $30 million to the teams in the 2019 women’s World Cup, while the men took home $400 million. Yet the CBF said it would give men and women the same daily allowance when they are on international duty and pay them the same prize money for success in the Olympics. The International Olympic Committee does not pay prize money to medal winners. Pay disparity between men’s and women’s professional soccer players has been in the spotlight since the United States women’s team sued its governing body U.S. Soccer last year alleging gender discrimination in earnings and working conditions.