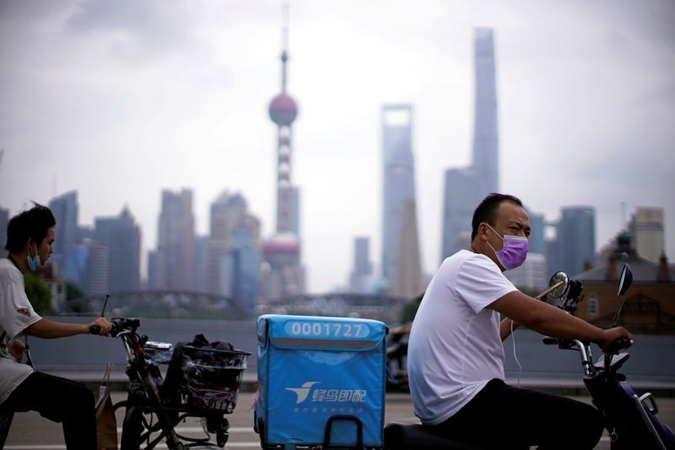 The recovery in China’s service sector activity extended into a fourth straight month in August, an industry survey showed on Thursday, with companies hiring more people for the first time since January.

The Caixin/Markit services Purchasing Managers’ Index (PMI) slipped to 54.0 from July’s 54.1, dipping for the second month after June’s decade high, but staying above the 50-mark that separates monthly growth from contraction.

The services sector, which accounts for about 60% of the economy and half of urban jobs, had been slower to return to growth initially than large manufacturers, but the recovery has gathered pace in recent months as COVID-19 restrictions on public gatherings lifted.

Firms started to hire more in August after six months of layoffs, indicating some recovery in a labour market that has been hit hard by sharp falls in demand and epidemic restrictions earlier in the year.

However, the growth in new orders was the weakest in four months and dropped below the long-term average.

Service firms remained optimistic about business prospects as the economy continues to recover from the COVID-19 lockdowns, although a sub-index for confidence in the year dipped from July’s multi-year high.

China returned to growth in the second quarter after a deep slump at the start of the year, but unexpected weakness in domestic consumption underscored the need for more policy support to bolster the recovery.

Many analysts expect the country to be the only major economy to mark positive annual growth in 2020.