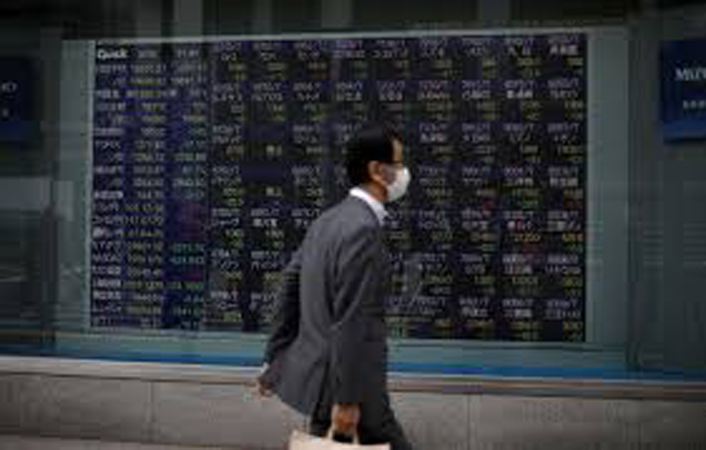 Asian equities started strong on Thursday as a sustained recovery in China’s services sector and the prospect of additional US stimulus whetted risk appetite, while the dollar pared gains.

MSCI’s broadest index of Asia-Pacific shares outside of Japan climbed 0.5%, clocking its third straight session of gains to hover near a recent 2-1/2-year high.

E-mini futures for the S&amp;P 500 were barely changed.

A closely-watched survey showed China’s service sector activity grew for a fourth straight month in August, staying above the 50-mark, while companies hired more people for the first time since January.

The services sector, which accounts for about 60% of the economy and half of urban jobs, had been slower to return to growth initially than large manufacturers, but the recovery has gathered pace in recent months as COVID-19 restrictions on public gatherings lifted.

Analysts expect the equity markets rally to extend further as investors focus on the “easy money” dimension, though risks were growing.

“I think we’re now at a point where tactically it makes sense to be more prudent than two or three months ago as there are still a number of significant risks for investors to contend with,” said Scott Berg, portfolio manager of T. Rowe Price’s global growth equity strategy.

“The economic recovery remains fragile and there is still considerable uncertainty over the growth trajectory beyond the initial rebound phase,” Berg added.

China-US tensions and US presidential elections were other major risks, with a Democrat victory likely seeing a “major switch in policy direction and a different regulatory and tax regime.”

On Wall Street overnight, the three major equity indexes moved higher with gains led by defensive sectors such as utilities as the high-flying tech sector paused.

“The equity market rally overnight (was) characterised by a rotation away from the tech titans that have led gains this year. That broadening of the equity rally is in itself a signal of confidence in a broader economic recovery,” said Steve Miller, investment strategist at GSFM.

Data on Wednesday showed US private employers hired fewer workers than expected for a second straight month in August, suggesting that the labour market recovery was slowing.

A separate report showed factory orders rose more than expected in July, pointing to continued improvement in the manufacturing sector.

In currencies, the dollar gave back some of the gains from earlier this week with its index against a basket of major currencies down 0.1%.

The greenback was slightly higher on the safe haven Japanese yen at 106.25.