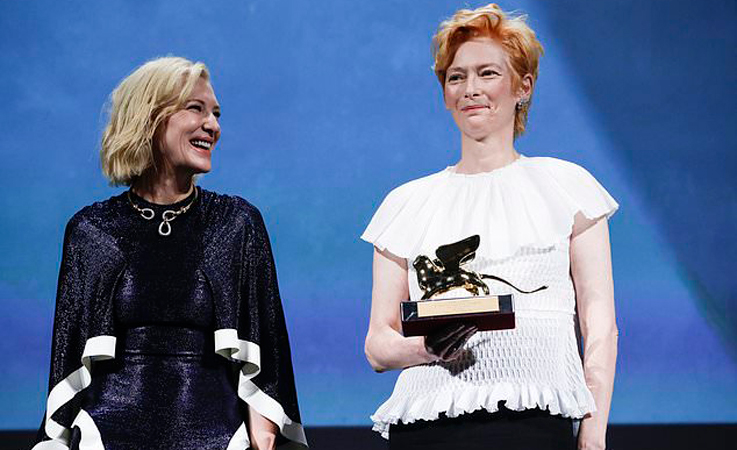 Two stars at the Venice Film Festival, Cate Blanchett and Tilda Swinton, have praised the decision by the Berlin festival to award gender-neutral prizes, with Swinton predicting other award ceremonies will follow suit. Organizers of the Berlin International Film Festival announced last month that they would stop awarding separate acting prizes to men and women starting next year. The best actor and actress Silver Bear prizes will now be replaced by best leading performance and best supporting performance awards Swinton, who received a Golden Lion Lifetime Achievement award at the Venice festival´s opening ceremony, said divisions by gender were a “waste of life.” “And so I´m really happy to hear that about Berlin,” she told reporters Thursday. “And I think it´s pretty much inevitable that everybody will follow, because it´s just obvious to me.”