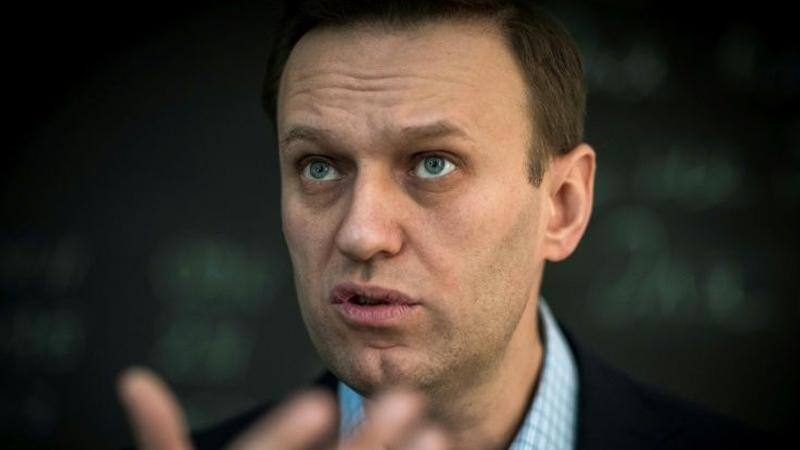 Germany said Wednesday that Russian opposition leader Alexei Navalny was poisoned with a Novichok nerve agent, leading Chancellor Angela Merkel to demand answers from the Kremlin and sparking widespread condemnation in the West.

“It is certain that Alexei Navalny is the victim of a crime,” said Merkel.

“He was meant to be silenced and I condemn this in the strongest possible terms, on behalf of the German government.”

The latest in a long line of attacks on Russian defectors and opposition figures sent tensions between Moscow and the West spiralling, with Merkel saying there are now “some very serious questions that only Russia can and must answer.” Other European figures searched for the strongest possible terms to denounce the attack, with British Prime Minister Boris Johnson calling it “outrageous” and French Foreign Minister Jean-Yves Le Drian saying it was “shocking and irresponsible.”

“The Russian people have a right to express their views peacefully without fear of retribution of any kind, and certainly not with chemical agents,” US National Security Council spokesman John Ullyot wrote on Twitter.

Following tests from its armed forces’ chemical weapons laboratory, the German government said in a statement earlier that it had “unequivocal evidence” from samples taken from Navalny that the military-grade Novichok agent was used.

NATO chief Jens Stoltenberg condemned the “shocking” use of a military-grade nerve agent which, he said, made “a full and transparent” investigation by Russia even more urgent.

The nerve agent, whose name means “newbie” or “newcomer” in Russian, is a poison developed by the Soviet government towards the end of the Cold War that can be deployed in an ultra-fine powder, liquid or vapour.

It was famously used against ex-double agent Sergei Skripal in Britain in 2018, an assassination attempt that the West believes was ordered by the Kremlin, but which Russia denies.

Navalny, 44, fell ill after boarding a plane in Siberia last month, with aides saying they suspect he drank a cup of spiked tea at the airport.

He was initially treated in a local Siberian hospital, where doctors said they were unable to find any toxic substances in his blood, before he was flown to Berlin for specialised treatment on August 22. The Kremlin, which has previously questioned the credibility of German doctors, said Russia was ready to cooperate fully.

Spokesman Dmitry Peskov told RIA Novosti state news agency that “we are ready and have an interest in full cooperation and exchange of data on this topic with Germany.”

Russia’s embassy in Berlin said in a statement: “We call on our partners to avoid any politicization of this incident and to rely solely on credible facts, which we hope will be delivered as soon as possible.” The Charite hospital that has been treating Navalny reported improvements in his condition.

But the charismatic Yale-educated lawyer, who has been Russia’s leading opposition politician for around a decade, is still in the intensive care unit and remains on a ventilator.

Doctors say that over time the body can clear out the nerve agent, which disrupts communication between the brain, the main organs and muscles.

“Recovery is likely to be lengthy. It is still too early to gauge the long-term effects which may arise in relation to this severe poisoning,” added the hospital.

Relations between the European Union and Russia are particularly sour at present, the two sides at odds over a host of issues from Russia’s annexation of Crimea, its backing of Syrian leader Bashar al-Assad, as well as alleged election meddling. The EU has had sanctions targeting whole sectors of the Russian economy in place since 2014.

Two years ago, the Kremlin was also accused of being behind the attempted murder of ex-double agent Skripal and his daughter Yulia in Salisbury, southwest England, using a Novichok nerve agent. The Skripals spent days in a coma before recovering but local resident Dawn Sturgess died after picking up a discarded perfume bottle allegedly used to carry the poison.

The United States, EU members, NATO and other nations expelled over 150 Russian diplomats in a coordinated action against Moscow over the Skripal case, leading to tit-for-tat reactions from Moscow.

The German government said it would inform NATO and EU partners over its findings for Navalny and seek a joint reaction on the case.

It also plans to contact the global toxic arms watchdog OPCW over the results. Navalny’s poisoning comes after a daylight murder of a former Chechen rebel commander in a Berlin park in August last year, which German prosecutors believe was ordered by Russia. Merkel had also revealed in May that Russia had targeted her in hacking attacks, saying she had concrete proof of the “outrageous” spying attempts.