Venezuela opposition must stop pretending to be government, Capriles says 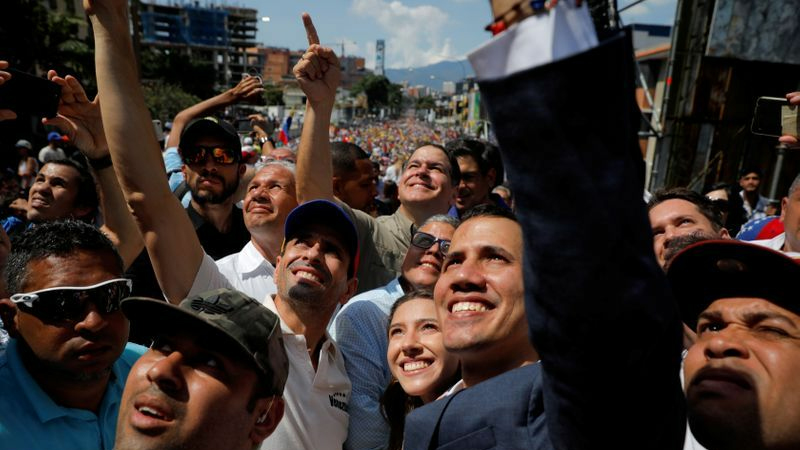 Guaido last year declared President Nicolas Maduro a usurper and assumed an interim presidency that was recognized by dozens of countries including the United States, but Maduro has held on as Guaido’s virtual government has become increasingly isolated.

Capriles and legislator Stalin Gonzalez have been in talks with the government over possible participation in the upcoming congressional election, despite a boycott supported by Guaido – opening a rift within the opposition. “We can’t keep playing at government on the internet,” Capriles said in an internet broadcast. “Either you’re government, or you’re opposition. You can’t be both.” His statement marked the first significant questioning by an opposition leader of Guaido’s 2019 decision to assume the presidency amid a groundswell of street mobilizations that renewed hopes for a change of government.

The move led dozens of countries to disavow Maduro in favor of Guaido, and allowed his allies to control crucial offshore Venezuelan assets including U.S. refining subsidiary Citgo. But the fervor of 2019 has faded, and many of Maduro’s critics have grown disillusioned with the arrangement.

Guaido’s press team did not immediately respond to a request for comment.

Earlier in the day, Guaido said Venezuela needs unity and solutions to the crisis rather than “bombastic disagreements between leaders.” Capriles, in his first address to the public since news emerged that he was in talks with the Maduro government on elections conditions, said the opposition needed to ensure basic conditions for the vote.

“I call on the country to mobilize and fight,” he said. “We’re not going to resign. We will not give the National Assembly to Maduro.”