ISLAMABAD: Special Assistant to the Prime Minister on Information and Broadcasting Lt. Gen (retd)
Asim Saleem Bajwa on Thursday categorically rejected the allegations levelled against him in a news report which was aimed at maligning his reputation.

“I strongly rebut the baseless allegations, levelled against me and my family,” he said in a tweet.

“Alhamdolillah, another attempt to damage our reputation has been exposed”, he said adding “I have and will always serve Pakistan with pride and dignity”.

I strongly rebut the baseless allegations levelled against me and my family.Alhamdolillah another attempt to damage our reputation belied/exposed.I have and will always serve Pakistan with pride and dignity. pic.twitter.com/j185UoGhx1 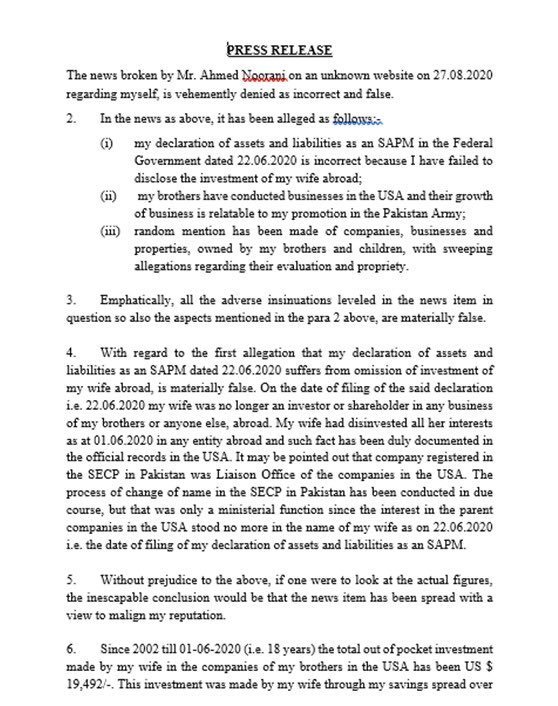 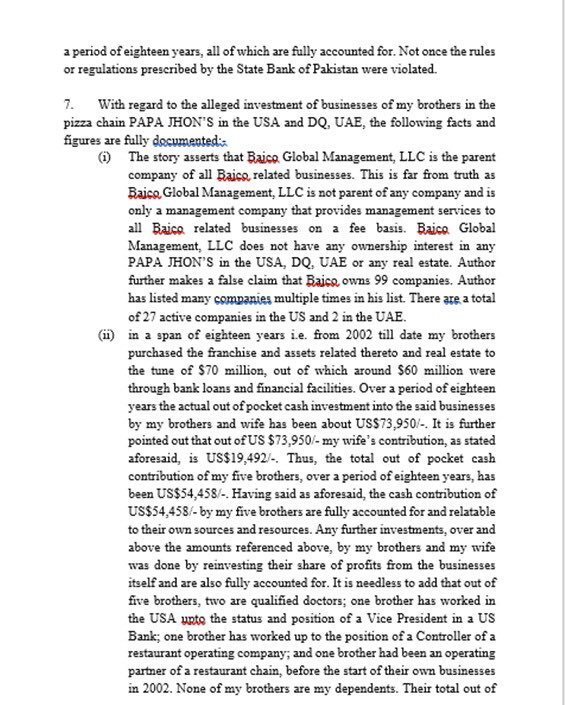 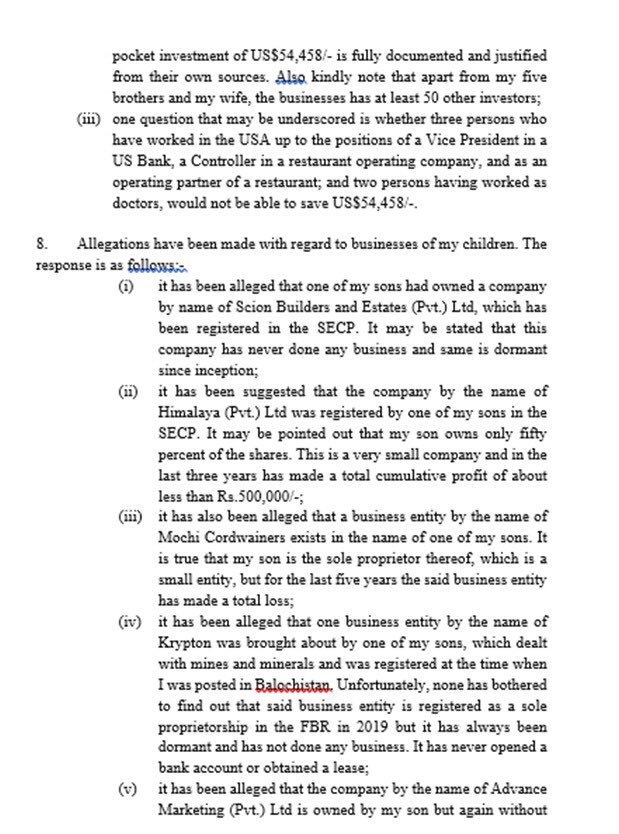 The premier’s aide said that he has “not shied away to explain the allegations shamelessly leveled” against him.

“These allegations have been hurled at me to tarnish my image,” he said.

The rebuttal noted that the news has alleged as follows:

– my declaration of assets and liabilities as an SAPM in the Federal Government dated 22.06.2020 is incorrect because I have failed to disclose the investment of my wife abroad;

– my brothers have conducted businesses in the USA and their growth of business is relatable to my promotion in the Pakistan Army;

– random mention has been made of companies, businesses and properties, owned by my brothers and children, with sweeping allegations regarding their evaluation and propriety.

“All the adverse insinuations leveled in the news item in question so also the aspects mentioned in the para 2 above, are materially false,” Lt Gen Bajwa said.

He said that the allegation that his declaration of assets and liabilities dated June 22 suffers from omission of the investment of his wife abroad, is “materially false”.

Lt Gen Bajwa said that when the declaration was filed, his wife was “no longer an investor or shareholder in any business” belonging to his brothers or anyone else abroad.

“My wife had disinvested all her interests as at 01.06.2020 in any entity abroad and such fact has been duly documented in the official records in the USA,” he said, adding that the company registered in the SECP in Pakistan was Liaison Office of the companies in the USA.

“”[…] If one were to look at the actual figures the inescapable conclusion would be that the news item has been spread with a view to malign my reputation,” he said.

Lt Gen Bajwa said that between 2002 and 2020 the total out of pocket investment made by his wife in the companies of his brothers in the US has been $19,492.

“This investment was made by my wife through my savings spread over a period of eighteen years, all of which are fully accounted for,” he said.

He said that Bajco Global Management, LLC has no propriety interests in the UAE and in US pizza chain Papa Johns.

The premier’s aide also said that the author has falsely claimed that Bajco owns 99 companies.

Referring to his brothers’ investments, he said that from 2002 till date, his brothers purchased assets “to the tune of $70 million, out of which around $60 million were through bank loans and financial facilities”.

“Over a period of eighteen years the actual out of pocket cash investment into the said businesses by my brothers and wife has been about US$73,950,” he said.

Lt Gen Bajwa said the “total out of pocket cash contribution of my five brothers, over a period of eighteen years, has been US$54,458” which is “fully accounted for and relatable to their own sources and resources”.

He said that the question that may be underscored is whether persons in the above positions “would not be able to save $54,458”.

Lt Gen Bajwa noted that allegations have been made with regard to his children’s businesses.

“It has been alleged that one of my sons had owned a company by name of Scion Builders and Estates (Pvt) Ltd, which has been registered in the SECP. It may be stated that this company has never done any business and same is dormant since inception,” he said.

Lt Gen Bajwa also noted that it was suggested that the company Himalaya (Pvt.) Ltd was registered by one of his sons in the SECP.

“It may be pointed out that my son owns only fifty percent of the shares. This is a very small company and in the last three years has made a total cumulative profit of about less than Rs500,000,” he said.

Regarding a company named Mochi Cordwainers, Lt Gen Bajwa said that it is true that one of his sons is the sole proprietor of the “small entity”. He said for the last five years the said business entity “has made a total loss”.

The statement by the premier’s aide also addressed allegations pertaining to a business entity by the name of Krypton “which was brought about by one of my sons, which dealt with mines and minerals and was registered at the time when I was posted in Balochistan”.

“Unfortunately, none has bothered to find out that said business entity is registered as a sole proprietorship in the FBR in 2019 but it has always been dormant and has not done any business. It has never opened a bank account or obtained a lease,” said Lt Gen Bajwa.

The premier’s aide said that “baseless allegations” have also been leveled that a business entity of his two brothers by the name of Sijkling Enterprises (Pvt) Ltd has been formed to acquire CPEC contracts.

Responding to allegations regarding his sons owning residences in the US, he said one of his sons owns a house in the USA “but the same has been acquired through mortgage in the manner that 80% of loan/mortgage remains unpaid”.

“This again is a small time-house.”

“It shall be noted that my sons completed their business degrees from reputable universities in the United States and have had well-paying jobs.”