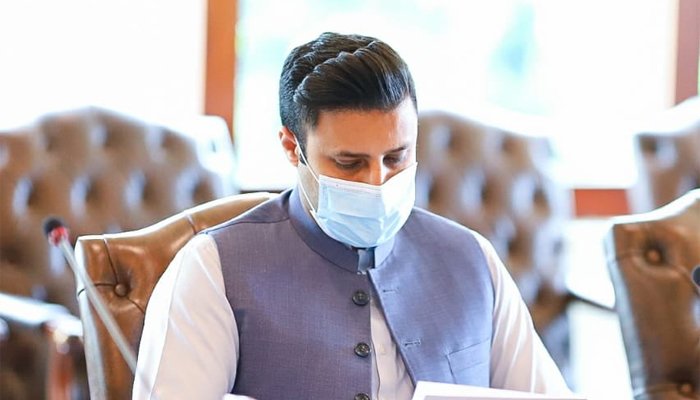 ISLAMABAD: Special Assistant to the Prime Minister on overseas Pakistanis Sayed Zulfikar Bukhari said Thursday a “major crack down will be launched on all illegal housing societies” that engaged in hoodwinking expatriates.

Making the announcement on Twitter, Bukhari said the crackdown was aimed at “all illegal housing societies selling to Overseas Pakistanis through external channels”, such as expos, as well as digital and overseas offices, and promising them fake investment opportunities.

“No one will be allowed to cheat innocent OPs [overseas Pakistanis],” he said. “Will share mechanism to provide better real estate investment channels.”

According to a senior official at the Ministry of Overseas Pakistanis and Human Resource Development (OP&HRD), most of the complaints lodged by the expatriates were related to the property disputes.

That was why the government had been moving forward briskly with its plan of setting up the first-ever “fast-track” court in Islamabad to ensure a speedy retrieval of the expatriates’ properties from land grabbers, the ministry official told APP.

The project had entered its final stages as the Ministry of Law and Justice would finalise the related summary shortly by approving the official definition of an “overseas Pakistani”, he added. One that was done, a final draft would be presented to the cabinet and the parliament for approval.

The official said his ministry had submitted the summary to its Law and Justice counterpart a couple of months ago on Bukhari’s instructions. The SAPM had originally come up with the idea of establishing a dedicated fast-track court for the overseas Pakistanis.

Speaking to APP, the special assistant said the primary goal was “to move forward for swift retrieval of valuable properties of Pakistanis living abroad from mafias and bring them to justice”.

Bukhari said the fast-track court would ensure disposal of cases within a one-month period. “On special directives of Prime Minister Imran Khan, the government would extend all possible facilities to expatriates for investment in diverse fields of economy.

”The special assistant said the fast-track court in the capital city would be taken as a pilot project after which similar courts would be set up in other cities of the country,” he added.

He regretted that the previous government had not paid any attention towards the overseas Pakistanis’ challenges despite the fact that they repeatedly highlighted their miseries.

Moreover, the SAPM said a special desk had been set up at Islamabad’s police facilitation centre to make sure the overseas Pakistanis’ issues were swiftly resolved.

The Overseas Pakistanis Foundation’s officials had been working at the special desk round the clock to establish a strong connectivity among the concerned departments to instantly resolve the expatriates’ complaints.