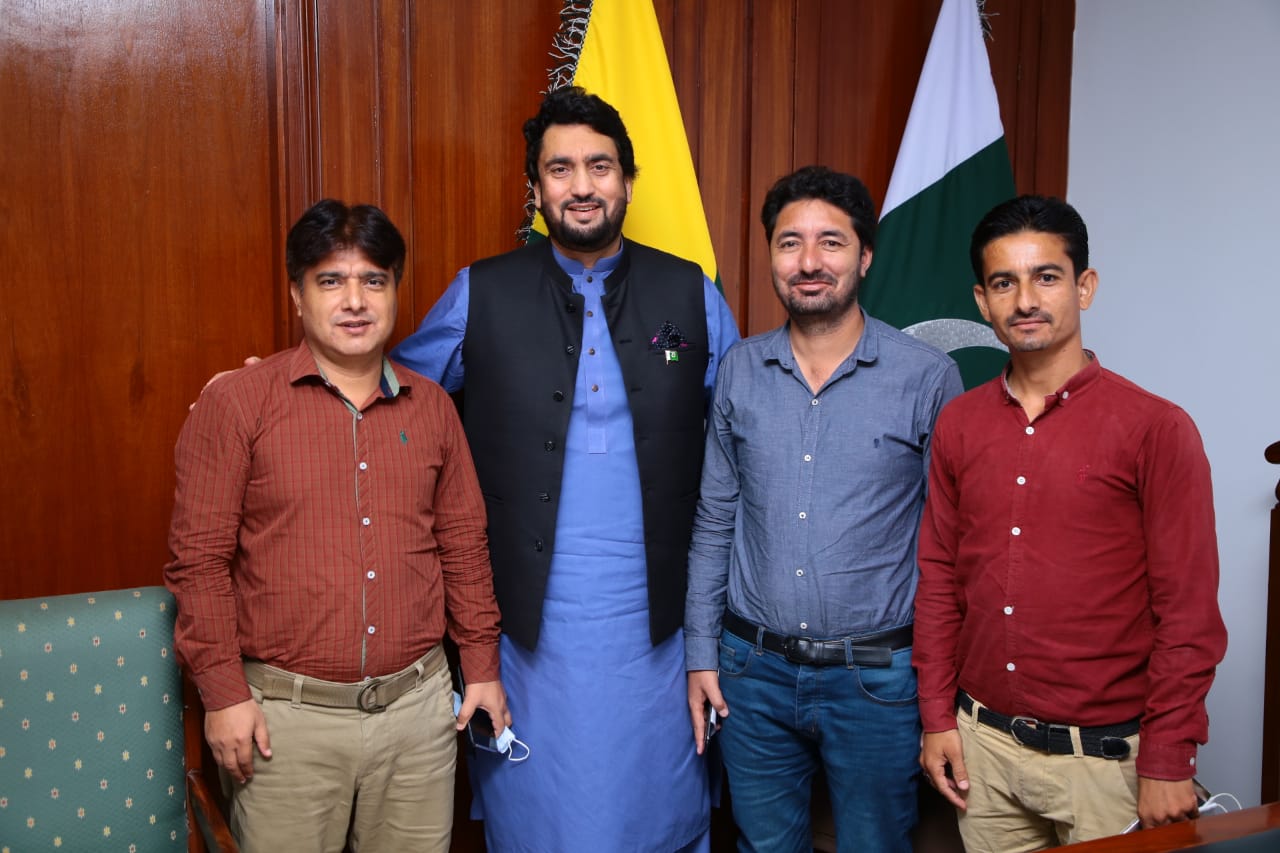 ISLAMABAD: Chairman of the Parliamentary Committee on Kashmir Shehryar Afridi has said that Gilgit Baltistan (GB) is principal stakeholder of the Kashmir dispute and the Kashmir Committee would make the future GB representatives and  lawmakers a permanent feature of the international interactions.

He said that India has been investing millions to sow the seeds of dissent in Azad Jammu & Kashmir (AJ&K) and Gilgit Baltistan (GB) but the people of these areas have stood firm to foil all nefarious designs of the enemy.
Mr Afridi expressed these views during a meeting with a delegation comprising of journalists from GB.
President GB Journalists Forum Ghulam Abbas led the delegation while Shabbir Hussain, Abrar Hussain and others were a part of the delegation.

Shehryar Khan Afridi lauded the services of the people of Gilgit Baltistan for their love and affection with Pakistan and the people of GB are very close to my heart.

Afridi said that being fundamental stakeholders to Kashmir dispute, GB representatives would be a permanent part of Kashmir Committee meetings and activities.

He said that Prime Minister Imran Khan had abloshied No Objection Certificate (NoC) for foreign tourists to visit GB which is largely benefiting GB revenues.

He said that GB would also be arranging meetings of GB representatives with CPEC Authority and other officials related to the CPEC.

He said that the Kashmir Committee would also work for more social welfare projects in GB.
He said that youth engagement with GB youth would be his priority subject and he would expand his interaction with the GB youth.

He said that GB representatives wod be a permanent feature in international interactions on Kashmir issue. He said that the Kashmir Committee would also interact with the GB lawmakers.

The delegation expressed gratitude to Prime Minister Imran Khan for revoking NOC    condition for foreigners to visit the GB. They said that this would greatly help boost revenues due to the increase in GB tourism.