Actress Saba Qamar and singer Bilal Saeed have been granted bail by the court in a case relating to shooting a music video in a mosque. 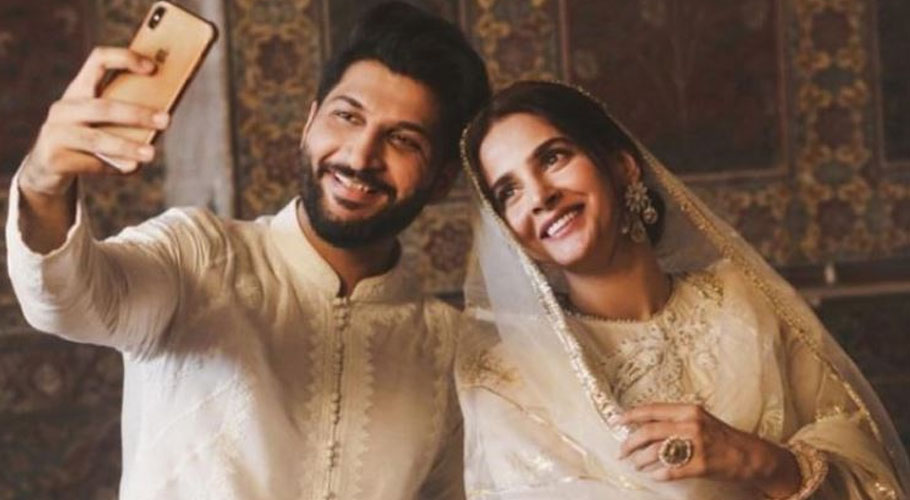 Both Saba Qamar and Bilal Saeed appeared in the courtroom today to have their attendance registered at the hearing. During the hearing, Qamar’s lawyer contested that his client was innocent and did not violate the sanctity of the mosque.

However, the investigating officer said that police had not yet received the video of the song’s shooting that went viral on social media. Lahore Sessions Court judge Chaudhry Qasim Ali, however, granted Qamar and Saeed bail to their interim petitions.

Qamar and Saeed landed in hot waters after some scenes they shot at a mosque for the video of a song went viral on social media, sparking anger and outrage with some accusing them of violating the sanctity of a place of worship.

Following the criticism, both accused had denied dancing in the mosque. Qamar had said the clip was a “prologue to the music video featuring a Nikah scene” and “was neither shot with any sort of playback music nor has it been edited to the music track”, while Bilal Saeed had issued an unconditional apology on social media.

In addition, the Punjab Auqaf and Religious Affairs Department had suspended Wazir Khan Mosque’s manager Ishtiaq Ahmed on August 9, a day after social media erupted in anger over the video.