Pakistan Muslim League-Nawaz (PML-N) and Pakistan Peoples Party (PPP) have decided to join forces against the National Accountability Bureau (NAB) and resit the arrests of leaders from both parties. 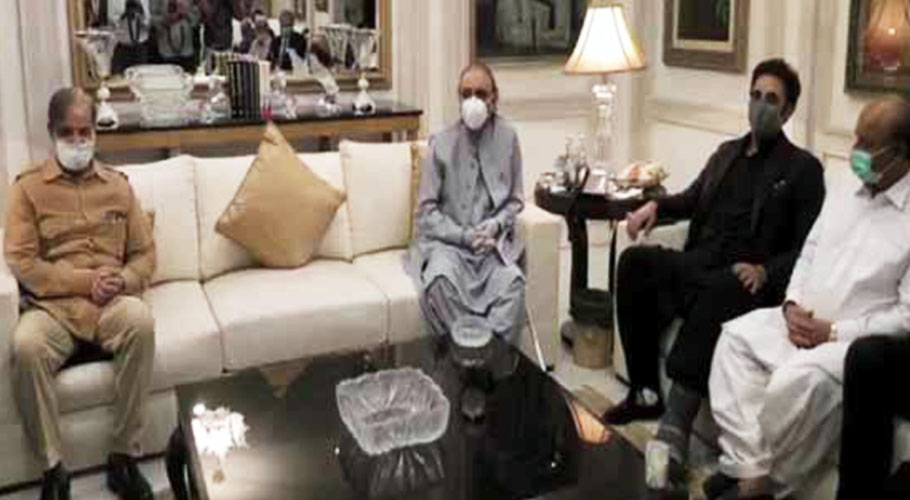 The decision was taken during a meeting between PML-N President and Leader of the Opposition Shehbaz Sharif and PPP Co-Chairman and former President Asif Ali Zardari at Bilawal House, Karachi on Wednesday.

Sources said Sharif, along with his party leaders, had met PPP chief Bilawal Bhutto-Zardari and former president Asif Ali Zardari during his visit to Karachi that aimed to “express solidarity” with the Karachi residents following the flooding caused by torrential rains in the metropolis.

Sources said in the meeting the top leaders of both parties decided that the government has resorted to high-handed tactics to stop political activists from fighting for public rights, which would be jointly thwarted.

Earlier, Shehbaz Sharif arrived in Karachi on a two-day visit to the port city after it was ravaged by urban flooding due to record rainfall.

Shehbaz visited rain-affected areas and expressed solidarity with those affected from the torrential rains.

Both PPP and PML-N will attend the Rehbar Committee meeting today, where the date for the multi-party conference will also be decided, it was announced. The opposition leaders said that the government’s accountability process was one-sided and that no one affiliated with the ruling party was being held accountable or questioned.