Governor Punjab Chaudhry Mohammad Sarwar said that Prime Minister Imran Khan is going to announce a major financial package for solution to Karachi’s problems in his visit on Friday. 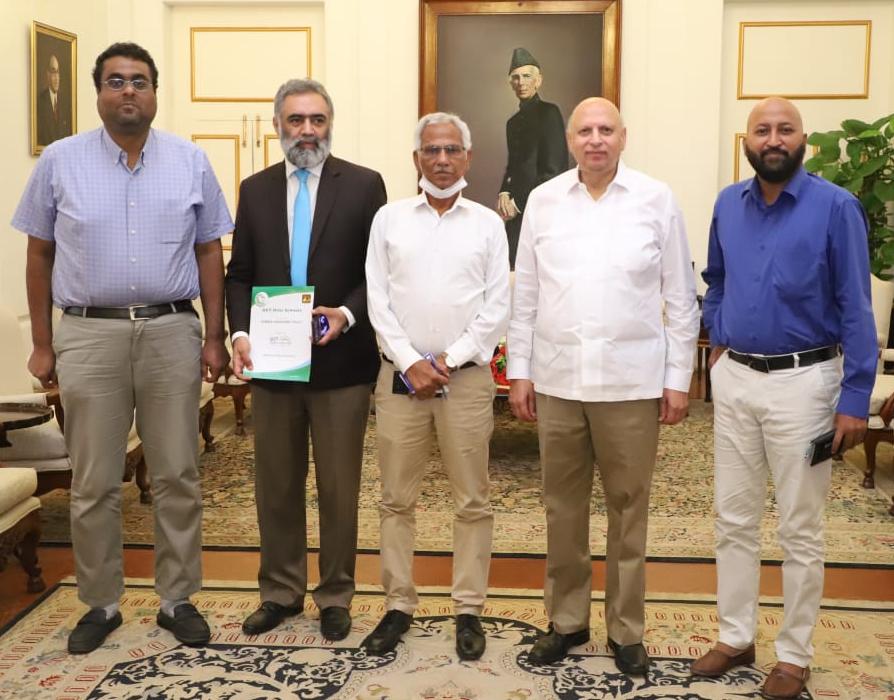 Governor Punjab stated that in this hard time, the Prime minister’s concern and attention is on Karachi city adding that Karachi has a distinctive prominence, as it is the economic hub of Pakistan.

Punjab Governor stated these views on Wednesday as he had a breakfast meet-up with a selected group of Karachi-based journalists at Sindh Governor House. Sarwar accompanied by the concerned philanthropists from Punjab was on an emergency visit of Sindh to take part in relief activities for the people in the province who faced disaster due to last spell of torrential monsoon downpour. Dr Muhammad Amjad Saqib, founder of Akhuwat Foundation, was also present at the breakfast meet-up.

He said the federal government and its affiliated agencies were providing all possible assistance to the provincial government.

“Due to rains, the people of the ‘City of lights’ are passing through testing times,” he added

He said that every concerned stakeholder has now realized its obligation to take part in development and progress of Karachi while considering its status as the hub of the country’s economy and industry.

The Punjab Governor said that the every concerned quarter in Karachi had to be on one page for the sake of progress of Karachi. A partnership of sorts is developing between the center and Sindh for development of Karachi, he said

He said that it was high time to do justice with Karachi as the city had witnessed much devastation as a result of rioting and clashes in the past. “Now is the time to develop Karachi as its past issues related to law and order, terrorism, and strike calls don’t exist anymore,” said Sarwar.

“The generous people of Karachi have also contributed extraordinarily whenever Pakistan faces any natural calamity or disaster,” he accepted

He said that recent torrential monsoon rains in Karachi had emerged as a natural calamity. “Our cities are not designed to withstand so much rain.

To a question from Daily Times representative regarding meeting with CM Sindh; Ch. Sarwar said he had a good interaction with the Sindh Chief Minister Syed Murad Ali Shah the other day as the CM had appreciated his gesture to combine the efforts of Punjab-based charities and philanthropists to help the disaster-hit people in Sindh.

Another question regarding 18th amendment the Punjab Governor replied that provincial governments, after the 18th Amendment, could not transfer the powers to lower level, due to which, the people of Karachi were facing immense trouble.

“Power sharing is very important adding that unfortunately, dictators have always strengthened the grassroots level politics which is used to be done by Democratic government”, he maintained

While sharing his experience of doing charity work through PDN, the governor expressed that with the support of a network of the Punjab-based charities and philanthropists, some 100,000 rain-affected people in Sindh would be provided with food ration bags having total value of Rs 350 million. Apart from this, 10,000 deprived families would be provided with interest-free loans up to Rs 100,000 for the repair of their damaged houses. The same network earlier spent Rs six billion for support of the destitute families in Punjab during the lockdown against the spread of Covid-19. The concerned Punjab-based philanthropists and welfare organizations have the plan to expand their relief work in Sindh.

In the end he said that the love of Karachiities is matchless the time I spend here I can never forget adding that “I have got unforgettable and sweet memories with this lovely city which makes me feel special”.