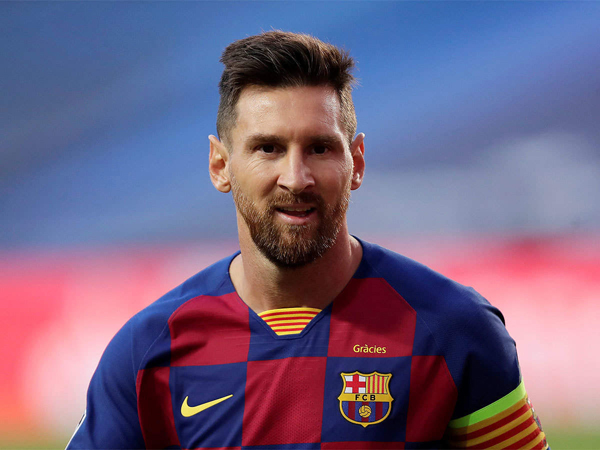 BARCELONA: Lionel Messi is unlikely to change his mind about leaving Barcelona, the club’s presidential candidate Victor Font has said. Messi rocked Barcelona last month when his lawyers told the club he wanted to activate a clause in his contract that would allow him to leave for free before the 2020-21 season. The club disputed the claim saying the clause expired on June 10 –– with La Liga also releasing a statement saying his contract was still valid –– but Font is not optimistic about convincing Messi to stay another year. “I really hope the decision can be changed,” Font told Sky Sports. “It doesn’t seem likely, though… if that’s the case, the focus should be on making the transition as smooth as possible. Messi loves the club and he wants to win, he wants to compete. He has been saying this for many, many years, it’s not just been for a few weeks. Unfortunately the club has not been able to deliver on the promise of building a competitive team.”

Messi, 33, last won the Champions League with Barcelona in 2015 and an 8-2 humiliation at the hands of Bayern Munich in the quarter-finals last month was the final straw for the six-times world player of the year. Messi, who failed to turn up for pre-season training on Monday, had previously labelled his side “weak” and “inconsistent” after surrendering the league title to rivals Real Madrid. The club has spent millions on players in the transfer market who have not come good in recent years and transfer strategy is something Font hopes to change if he is elected president. “Currently you have the president, the chairman of the board and even some directors making decisions about signings, about selling players and that needs to be changed,” Font, who hopes to succeed president Josep Maria Bartomeu in the election next March, added. “That’s why we’ve been working on a project and we need people to lead that who come from the world of football.”