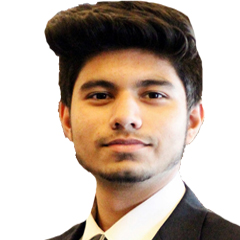 Learning for safe tourism and hospitality

Sunday last, the Mansehra district administration sealed all 48 hotels including 22 main businesses and their respective branches in tourist hotspots Shogran, Naran and Kaghan after the district health department reported 47 Covid-19 cases at hotels located in these spots. The infected patients had been quarantined in their hotels to avoid any panic while local health departments and officials were in the process of tracing and testing those who had come into contact with the patients.

This is what everyone was scared of before the opening of the tourism sector in Pakistan because they believed that the SOPs would not be followed in letter and spirit. Violation of SOPs is a routine matter in Pakistan. Whenever Pakistan’s institutions have tried to develop a certain policy or a set of SOPs, they have always failed to implement it. Sunday’s event is the worst and latest example to support the aforementioned argument.

National Tourism Coordination Board (NTCB), the apex federal body to integrate tourism and hospitality countrywide, had timely published a very detailed SOP manual for the hotels, restaurants, and tour operators. Despite very comprehensive guidelines, the concerned businesses, provincial and local authorities failed to have them implemented. If the representatives of such reputable institutions and organizations fail to deliver due to their irresponsible behaviour, they ought to get inspired by examples from other countries who are working tirelessly to make their tourism sector work.

While studying in Istanbul, I have seen our university’s Dean and other Professors always encouraging students to explore and learn different health and hygiene practices from the top hotels. Observing and studying of the practices has become crucial after the restaurants and tourists’ spots were opened several months after the Covid-19 spread. This became an opportunity for me to personally be able to observe some of the best practices being conducted, starting from the Turkish Ministry of Tourism to the service-providing institutions, and all the way to common-man.

For example, hotels were ordered to operate at 60 percent while making sure all rooms were regularly disinfected, especially after every check-out. Body temperatures of all guests were to be checked upon each entry and exit. The rooms were also required to be ventilated for 12-hours after every check-out. Lastly, the spas and the pool areas were told to be closed throughout the season. Restaurants were allowed to have dine-in’s operational, but they also made sure that their utensils were disinfected and packed air-tight in cases, along with the regular disinfection of the sitting and waiting areas. Similarly, the people were made to realize the severity of this pandemic and were requested to follow the SOPs responsibly. Moreover, the Turkish Tourism Ministry will send out undercover inspectors to check out the hygiene and safety standards of the hotels. The ones who fail to live up to the standard will be suspended or cancelled with imprisonment.

On 25th July, I was one of the panelists for Devcom-Pakistan’s webinar on “Harnessing Sustainable Tourism Potential in the New Normal”, where I presented this “Safe Tourism Model” to the World Bank Group, PTDC, Hashoo Foundation and several other organizations that were present there. This was to portray how Turkey, our brotherly nation, had adopted a role model strategy to support their primary income sector – and that we should learn from them as much as possible. Unfortunately, we don’t listen to anyone. Neither do we take the rules and regulations seriously nor behave responsibly, resulting in a disastrous situation like we have learnt about in the Mansehra district.

ZurabPololikashvili, Secretary-General UNWTO, has long back stated, “To ensure the survival of tourism companies and workers, we need the better support of governments. About 80 percent of the sector is made up of small and medium-sized enterprises, and that millions of livelihoods in the world are left vulnerable and are in dire need of support from their governments.”

Tourism is a more supply-driven sector rather than being demand-driven – the more responsibility and care shown by the service-providers and vigilant monitoring by the government authorities, the safer and more touristic activities would take place in Pakistan

He has also stressed upon responsible tourism while UNWTO has already developed and disseminated guidelines in this regard that could be a way forward for Pakistani stakeholders in the tourism and hospitality sector besides what the NTCB has issued. Successful implementation of all guidelines and SOPs are the only viable option for the businesses in the sector.

Pakistan Civil Society’s perspective is that the opening of the tourism sector is imperative to contribute to revive the economy from grassroots level to the national. SOPs should be laid down for a well-monitored limited opening of the sector as a test case. Awareness raising on the new normal shall be the top priority while the SOPs monitoring should be done by the teams comprising officials of the district governments, police and civil society reps. Violators shall be punished strictly. In the end, we all eye on the federal and provincial governments to develop monitoring mechanisms for SOPs implementation.

I believe that the implementation of SOPs would play a pivotal role in sustaining tourism in the coming days. Hence, all the stakeholders in hospitality and tourism operations should ensure complete compliance of the instructions without any ifs and buts. Thousands of lives would be at risk if the government and WHO SOPs are not followed and it would also hamper the economic activities engaged in the tourism business and local services. Fayyaz Ahmad Sheikh, spokesperson TDCP, has stated in the 25th July webinar that all the government SOPs would be implemented in letter and spirit by the special teams formed to monitor the hotels and tour operations once the tourism sector is opened. We foresee an active role of the private sector in the tourism sector management that would ensure all the SOPs followed in the better monetary benefits of their own”.

If that were the case and the SOPs were being implemented by the stakeholders, Sunday’s event would never have happened in the first place. This is not the first time when an immense amount of irresponsibility was portrayed by the stakeholders. According to media reports, when touristic restrictions were given some ease on 1st June by Prime Minister Imran Khan, within 24 hours, the nation’s total cases jumped from 71,068 to 74,320 infected patients along with 54 increased deaths. Even when NCOC ordered the provinces to develop their SOPs as per their terrain’s characteristics, the provincial bodies procrastinated to a great extent to develop, let alone implement and monitor them.

Tourism is a more supply-driven sector rather than being demand-driven – the more responsibility and care shown by the service-providers and vigilant monitoring by the government authorities, the safer and more touristic activities would take place in Pakistan. Only this would result in economic recovery in the tourist hotspots.

It is the social awareness and the professional approaches that are leading the Turkish safe hospitality practices to a success by reducing the risk factor. And this is something we urgently need to understand for Pakistan too. Currently, there are around 11,000 active cases in Pakistan, as per the virtual sources. However, the country could be facing another deadly wave of COVID-19 cases if the SOPs are not followed, especially by the businesses.

The writer is a Tourism and Hospitality Business Management student at the Özye?in University, Istanbul (Turkey). His email: shaarefmunir@hotmail.com