Australia has entered its first recession since 1991 after the economy shrank seven percent in the second quarter, official figures showed as the country reels from the coronavirus pandemic. 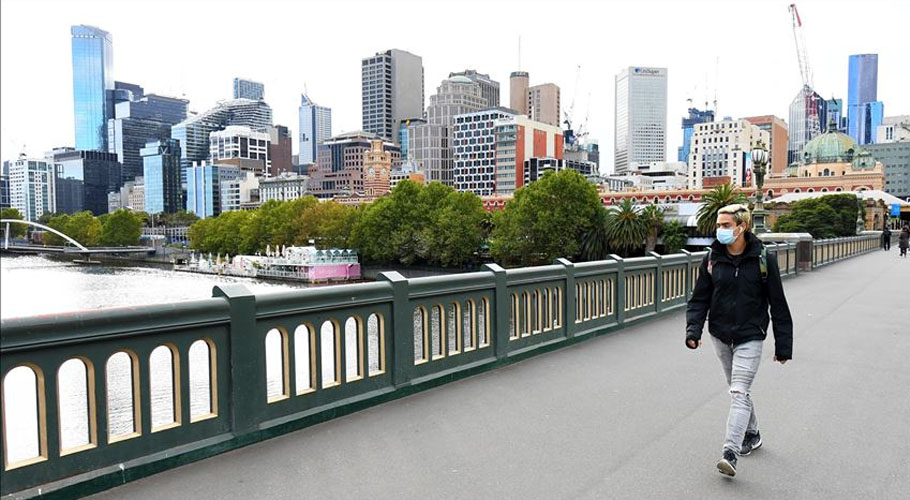 The Australian Bureau of Statistics said it was the fastest quarterly contraction on record and ends a three-decade run of economic growth undented even by the global financial crisis.

The bureau’s head of national accounts, Michael Smedes, said the pandemic and containment efforts were to blame for the unprecedented drop that exceeded previous records by a wide margin.

A recession is defined as two consecutive quarters of contraction. Australia’s economy shrank 0.3 percent in the previous three months. The widely expected result is in line with earlier government predictions that gross domestic product would contract seven percent in April-June.

“The June quarter saw a significant contraction in household spending on services as households altered their behaviour and restrictions were put in place to contain the spread of the coronavirus,” Smedes said. Hours worked fell almost 10 percent while cash payments of social benefits rose more than 40 percent, both records for the country. Trade also took a hit during the quarter, with imports of goods down 2.4 percent and exports of services dropping 18.4 percent, the bureau’s figures showed.

The government has stumped up tens of billions of dollars to fight the economic fallout from pandemic. Australia’s forced shutdown earlier in the year crippled the economy and a current lockdown of five million people in Melbourne has compounded its problems.

The country was already reeling from a prolonged drought and massive bushfires that had rattled the economy before the disease struck. Australia has now confirmed almost 26,000 cases of Covid-19 and 663 deaths from the virus, the vast majority in Melbourne and its surrounds since July.