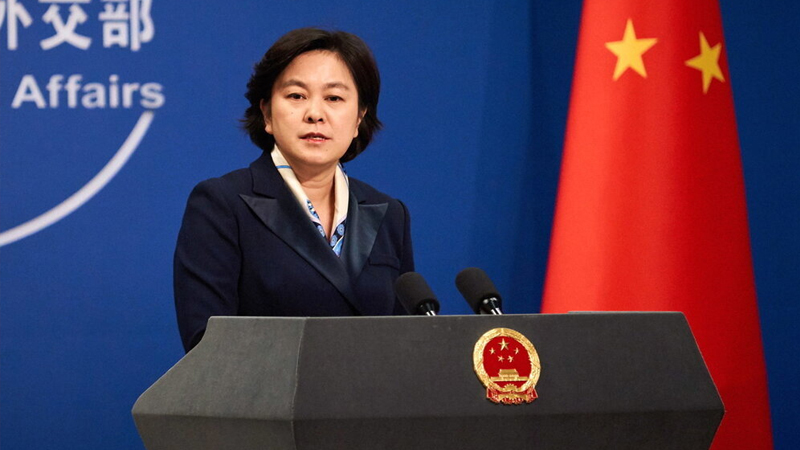 China on Tuesday asked India to immediately stop provocations, pull back trespassing troops and stop actions that might complicate or escalate situation on Line of Actual Control (LAC).

“We ask Indian side to immediately stop provocations, pull back the trespassing personnel and stop actions that might complicate or escalate the situation,” Chinese Foreign Ministry Spokesperson Hua Chunying said during her regular briefing, while responding to a question regarding fresh crossing of Indian troops on the southern bank of Pangong Lake and near Reqin mountains. She said that the Chinese side has expressed firm opposition and launched solemn representations against the India incursion.

Giving details of the incident, she pointed out that on August 31, the Indian troops broke earlier consensus reached between the two sides at a meeting and talks, and illegally crossed the line on the southern bank of Pangong Lake and near the Reqin mountains. Terming act of Indian troops as an open provocation, she said that it caused renewed tensions. “They violated China’s territorial sovereignty, two sides’ agreements and consensus and undermined peace and tranquility along the border,” she said. “This Indian act goes against the two sides efforts being taken for sometimes to ease the situation,” she added.

Responding to a question regarding contacts through military and diplomatic channels to resolve the issues, she said on issues left over from the history including boundary dispute, China always believes in peaceful consultations to find mutually acceptable solution”. “For some time indeed, China and India have held a multi-level engagement and talks and made active efforts to peacefully resolve differences on the border and possibly disputes in order to safeguard peace and tranquility along the border,” she added.

On Indian stance over the fresh incident, she said Indian’s side statement might be different from China’s but there was only one truth and fact. “70 odd years since founding of New China, China never provoked any war or conflict and never occupied an inch of any other country’s territory.” She stressed that China’s border troops always strictly abide by the Line of Control (LAC) and never crossed the line. Perhaps there were some communication issues. “I think both sides should stick to facts and have goodwill in maintaining the overall bilateral relations and take concrete measures to jointly safeguard peace and stability along the border,” she added.

She also criticized India media for biased reporting. “We have noticed that for some time in India, there have been many media reports about increased military along the border. I think people of the two countries want to live peacefully together and such Indian media reports are not consistent with people aspirations,” she said, and hoped that the Indian side would take China’s concerns seriously and make concrete contributions to peace and tranquility and development of bilateral relations.

Earlier, China’s Western Theater Command Spokesperson Senior Colonel Zhang Shuili in a statement accused Indian troops for breaking their promises and again crossing the Line of Actual Control (LAC) in the Galwan Valley region and provocatively attacked Chinese soldiers, hours after the Indian army accused the Chinese side of doing so. He said that Indian troops were responsible for the latest escalation and demanded India immediately withdraw troops that had illegally intruded the Chinese border, and urged the Indian side to stop all provocative actions and strictly control frontline troops to avoid further escalation. He informed the Chinese army was taking all necessary measures to cope with the situation and it would firmly defend China’s sovereignty and territory.