* Dr Nadeem Akhtar Abbasi has been previously accused of corruption, irregularities, nepotism and harassment of women 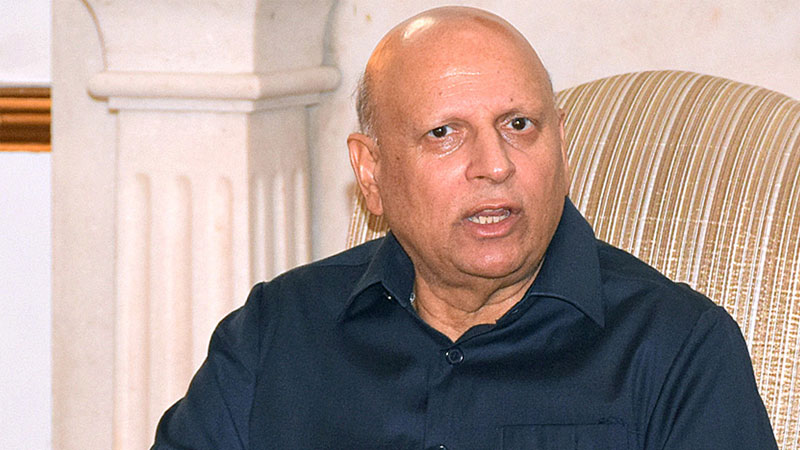 Amid claims of merit and transparency, the Punjab government has appointed a person who is allegedly involved in mega corruption scandals, irregularities, appointments on favoritism and women harassment as acting vice chancellor of newly established Kohsar University Murree.

According to a notification issued by Punjab Higher Education Department on August 31 on directions of Governor Ch Sarwar, who is also chancellor of the university, Pir Mehr Ali Shah Arid Agriculture University Rawalpindi (PMASAAUR) Pro-Vice Chancellor Dr Nadeem Akhtar Abbasi has been appointed as VC of newly established public sector university on additional charge for a period of six months. Reports of Dr Abbasi’s alleged involvement in acts of corruption, favouritism and harassment of female colleagues have been circulating in media in the past. Around 300 kanals of agricultural land was purchased in 2006 by the Pir Mehr Ali Shah Arid Agriculture University Rawalpindi while payments were made with no physical possession of the land, reports said, adding that after a number of inquiries, Dr Abbasi along with another official were proved guilty in the case.

Other hand 300 Kanals, reports stated, another piece of 1,500 Kanals were also purchased in Syed Kasran and Koont areas of the Tehsil Gujerkhan on Mandra-Chakwal Road. The documents revealed that the land was purchased from different farmers at the rate of Rs 32,000 per Kanal. The reports, however, said that the purchase committee did pay these farmers Rs 8,500 per Kanal. Dr Abbasi was part of that purchase committee.

Besides this, Dr Abbasi also reportedly appointed many of his blue-eyed soon after he assumed the office of pro vice-chancellor. He immediately transferred many officials who he thought would resist his any illegal or irregular practices, according to reports.

Moreover, Dr Abbasi has also been accused for harassing students and female staffers of the agriculture university. “The PhD degree of a female assistant professor was spoiled due to Dr Abbasi,” revealed a female colleague of that academic. Reports said another female assistant professor also filed a harassment complaint against Dr Abbasi in February 2019 with Ombudsperson in Punjab. In the said case, a former VC along with two other senior officials of the PMASAAUR also recorded their statements as university representatives and clearly submitted that harassment allegations were based on facts. The final verdict in the case is, however, still awaited.

A senior academician said that it’s very surprising that the government on one hand is making tall claims of merit-based appointments in all sectors but practically they are doing otherwise. “The recruitment on key positions especially at a higher educational institute represents a government’s priorities,” he said, adding that how can a person perform on merit and transparency who himself is accused of corruption and other irregularities. He suggested that the government should review its decision. The Punjab Government had formally approved establishment of Kohsar University last month. The Government Boys Degree College, Government Girls Degree College, Resource Centre at Kashmir Point, Punjab House and about 86 kanals of government land at Brewery Murree would be used for the university.

Former prime minister Nawaz Sharif had announced a university for Murree and its adjoining areas of Hazara, Kotli Sattiyan and Kashmir, during his election campaign while addressing a public rally in 2013. But that announcement could not be materialized during his tenure. When Shahid Khaqan Abbasi became prime minister, he expedited the process of establishing the university.